The magic of making movies lies in the collaborative process for Screen Gems executive Glenn Gainor, ’95 (Radio-Television-Film). As president of physical production for the Sony Pictures’ company responsible for such popular hits as The Perfect Guy, The Wedding Ringer, Think Like a Man, Friends with Benefits and Death at a Funeral, Gainor could spend his days working in his office on the Sony lot, taking only an occasional glance out a window that offers him a bird’s eye view of the soundstages where such film classics as The Wizard of Oz and Singing in the Rain were made.

But Gainor admits he is not that type of film executive. He likes to be in the middle of it all — helping find locations for a shoot and offering suggestions for “non clichéd” casting.

“There’s a lot of hard work from a lot of people that goes into making a movie, and there’s no place more exciting to be than on a movie set,” he said. “I really believe wholeheartedly in the collaboration of all the crafts that it takes to make a movie. That’s what I truly believe makes our business special. We have people who know so much about costume design, people who know how to edit, people who know how to shoot a film, how to record the sound…. What I love [as a producer] is knowing and touching all the people with those skills and putting them together.” 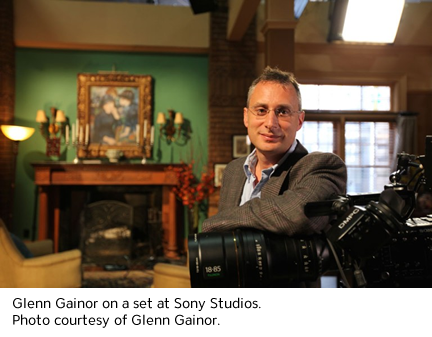 Growing up, Gainor said, he didn’t truly appreciate the art of storytelling, particularly on screen, until his family moved to the San Fernando Valley as a teenager in the mid 1980s.

“We were a family that had conservative ideas about work,” he said. “The idea that someone could work in and make movies didn’t even occur to my parents. If they were driving around town and happened across the movie or television shoot somewhere, they were just as likely to take pictures of the camera and the people working behind the camera as the actors. The entertainment industry and all that goes with it was just so foreign to them.”

But it captivated Gainor, and he was determined to become part of the industry.

Warned that entry into California State University, Northridge’s film program was highly competitive, Gainor decided to apply to the university’s journalism program instead.

“CSUN’s journalism program is considered one of the best in the country, and I figured it would give me a solid foundation in storytelling,” he said.

A theater class taught him about Molière and reminded him what he really wanted to do.

“I decided very quickly that I’ve just got to get into the film program,” he said. “I knew that’s where I belonged. Journalism is one kind of storytelling, one based solely in facts. I wanted to tell a different kind of story.”

He spent days walking the hallways that housed what was then CSUN’s Department of Radio, Television and Film, talking to as many faculty he could find about his passion for filmmaking. His efforts paid off and he got in to the program. He said it was one of the best decisions he ever made.

“I found my academic experience to be very personal,” Gainor said. “My interactions with the faculty — from Nate Thomas, John Schultheiss, Alexis Krasilovsky and I could go on — were invaluable. They were all great champions of what they taught. Each professor believed wholeheartedly in the art and science and history of filmmaking, and I caught on to that very quickly.”

Thomas, now head of the film option in CSUN’s Department of Cinema and Television Arts, called Gainor “one of those students you remember because you knew they were going places.” 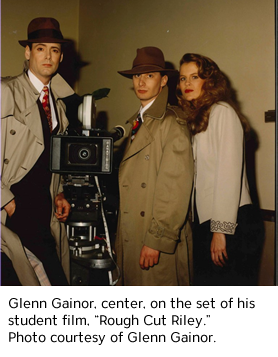 “He had talent, but a lot of our students have talent,” Thomas said. “He stood out because he listened to what we said in the classroom and ran with it. His senior film project, kind of noir detective piece called ‘Rough Cut Riley,’ was a little overly ambitious. I don’t know if it was too ambitious for him or for the department at time. But I can tell you this, I wanted to see more from this filmmaker. I knew he had what it took to make it, and I am happy to see I was right.”

Thomas proudly noted that Gainor produced his first movie, a short feature film, about a year after he earned his Bachelor of Arts degree in 1995. Now a veteran filmmaker with a long list of producing credits, Gainor is a member of the Directors Guild of America, the Producers Guild of America and the Academy of Motion Pictures Arts and Sciences.

Gainor said the lessons he learned at CSUN influence the decisions he makes every day at Screen Gems: how to structure a story from Krasilovsky, how to remain focused and an appreciation of film history from Schultheiss and a passion from non-traditional perspectives from Thomas.

Looking back, Gainor admitted that his senior film project, a capst0ne for CSUN’s senior film majors, was a “bit too ambitious.” He noted that CSUN film students are responsible for all aspects of making their short films, from writing the screenplay, directing and shooting to raising the money to pay for the project, renting equipment, casting, finding locations, and everything in between.

“It was one of the best learning experiences I’ve ever had,” he said. “I learned what I was capable of doing, and, because I was still in school, I was able to learn from my mistakes. I feel for those young filmmakers who didn’t go to film school and have the opportunity to make mistakes in the secure environment of academia.” 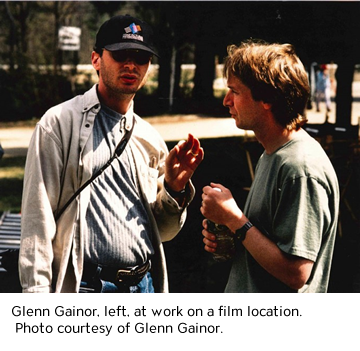 Gainor noted that his time at CSUN also influences his support of producer Clint Culpepper’s efforts to reflect the diversity of the greater community. Screen Gems’ productions are known for their appeal to diverse, urban audiences.

“It’s just a way of thinking and a way of feeling,” he said. “I think that so many filmmakers will go to a clichéd place when casting films. I think the challenge and fun of telling a story is telling the story differently and casting with diversity in mind. Everybody wants to be treated with a little bit of dignity, and to see their culture, their race, their sex reflected on the screen. Not everybody has to be a white, male hero.”

When he talks about his industry, Gainor rarely uses the term “film business.”

“There are so many more ways to tell a story — film, television, Netfix, Amazon, and who knows what will come next?” he said. “I think the more diverse avenues we get as filmmakers, as storytellers, the more diversity is going to rise.”