CSUN Turns Spotlight on the Next Generation of Filmmakers

The public has a chance of discovering the next Quentin Tarantino, Kathryn Bigelow or Guillermo del Toro on Thursday, May 5, at California State University, Northridge’s 26th annual “Senior Film Showcase” at the Academy of Motion Picture Arts and Sciences. 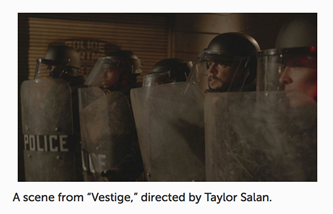 The showcase, which culminates years of study for the university’s senior-level film students, is scheduled to begin at 7:30 p.m. and is free and open to the public. Screenings of the student films will take place in the academy’s Samuel Goldwyn Theater, located at 8949 Wilshire Blvd. in Beverly Hills.

The evening’s host will be CSUN film alumnus Darren Grant, an award-winning director with an extensive career that includes feature films, music videos, commercials and television. An on-screen retrospective of Grant’s work also will take place that night. 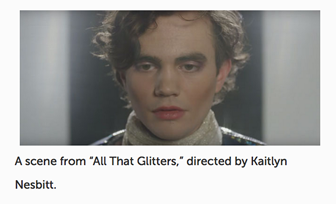 “The work by the students makes us proud, and underscores their professional and creative talents,” Thomas said. “It’s exciting to see their ideas and visions unfold on screen. Our students come from mostly working-class backgrounds and have diverse stories to tell. As their films demonstrate, they have the skills to tell those stories effectively. Their talents will take them far as members of the entertainment industry, and they will add new voices and perspectives to those who already entertain and sometimes provoke us with their filmmaking.”

The following five films are featured in the showcase: 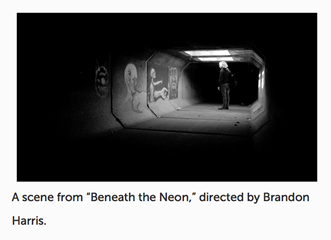 The evening’s host, Grant, graduated from CSUN in 1995 with a bachelor’s degree in film production. He has directed music videos for such artists as Brian McKnight, Destiny’s Child, Aaliyah, Jermaine Dupri, Ginuwine, Chante Moore, Beyonce, Common, Jay Z, Jewel and many more. His “Survivor” video for Destiny’s Child won a 2001 MTV Video Music Award. He also directed the posthumous, star-studded tribute video of “Miss You” for the late Aaliyah.

He made his feature-film debut in 2005 with the critically acclaimed “Diary of a Mad Black Woman,” starring Tyler Perry. 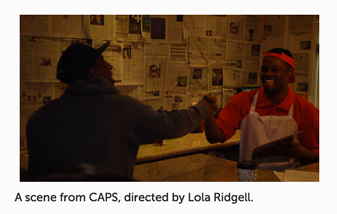 For more information about the showcase, call CSUN’s Department of Cinema and Television Arts at (818) 677-3192.

CSUN’s Department of Cinema and Television Arts has an international reputation for producing dedicated and talented entertainment industry professionals who recognize the value of hard work as they learn and continue to perfect their crafts. The department currently enrolls nearly 1,700 undergraduate students and 30 students in its graduate screenwriting program. Its alumni work in all aspects of entertainment media, from writing, producing and directing to manning cameras and having the final say in what project is made. In 2014, The Hollywood Reporter listed CSUN as one of the top film schools in the U.S., and this year, Variety listed CSUN as one of the top 30 film programs in the U.S. and one of the top 40 film programs internationally.