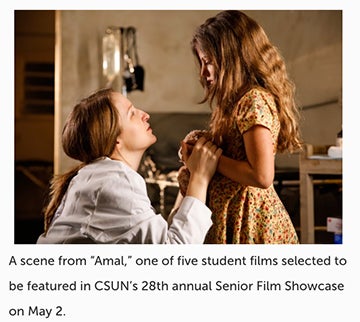 The five filmmakers selected for California State University, Northridge’s 28th annual Senior Film Showcase are women, and their stories reflect the rich diversity of perspectives that make up America. 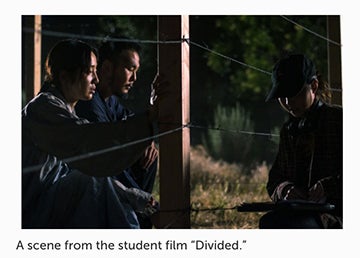 The public is invited to explore these cinematic tales and preview the talents of the next generation of filmmakers on Wednesday, May 2, at the Academy of Motion Picture Arts and Sciences.

The Senior Film Showcase, which concludes years of study for the university’s senior-level film students, is scheduled to begin at 7:30 p.m. in the academy’s Samuel Goldwyn Theater, located at 8949 Wilshire Blvd. in Beverly Hills. The evening’s host will be acclaimed actor, comedian, writer and film director Robert Townsend.

Cinema and Television Arts professor Nate Thomas, head of CSUN’s film option, said the talents of the five filmmakers that will be on display at the showcase should dispel any misconceptions about the ability of women to tell a good story on film.

“These are talented people who have voices and stories that need to be heard,” Thomas said. “May 2 marks the first public presentation of their work, and I know the response is going to be positive. Though it’s always bittersweet to see our students graduate — you become attached during the time they study in your classes — I am looking forward to the years to come, when I will sit in a movie theater and proudly see the names of these young filmmakers on the screen.”

All five of the filmmakers have the distinction of being Hollywood Foreign Press Association Fellows.

The following films will be featured in the showcase: 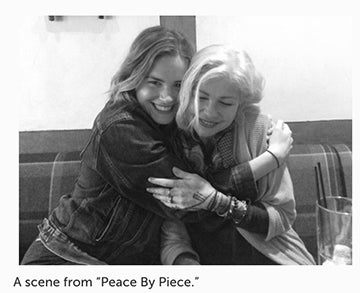 The showcase’s host, Townsend, is best known for directing “Hollywood Shuffle,” “The Five Heartbeats,” “The Meteor Man” and “Eddie Murphy Raw.” “Eddie Murphy Raw,” released in 1987, is still the No. 1 theatrical stand-up film of all time, making $50.5 million at the box office worldwide. 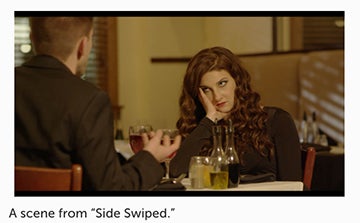 Townsend created and produced two variety show series, “Robert Townsend and His Partners in Crime” for HBO and “Townsend Television” for Fox. He created and starred in the WB Network’s sitcom “The Parent Hood,” which ran for four seasons. He also starred opposite Denzel Washington in the film “The Mighty Quinn.” Townsend, who spends time mentoring CSUN film students, was awarded an Honorary Doctor of Fine Arts from CSUN in 2015. 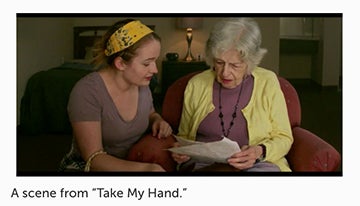 For more information about the showcase, call CSUN’s Department of Cinema and Television Arts at (818) 677-3192.

CSUN’s Department of Cinema and Television Arts has an international reputation for producing dedicated and talented entertainment industry professionals who recognize the value of hard work as they learn and continue to perfect their crafts. The department currently enrolls nearly 1,700 undergraduates and 30 students in its graduate screenwriting program. Its alumni work in all aspects of entertainment media, from writing, producing and directing to manning cameras and having the final say in what project is made. The Hollywood Reporter and Variety have regularly ranked CSUN among the top universities in the country for cinema and television arts education.