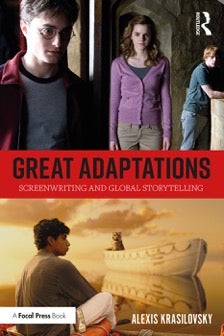 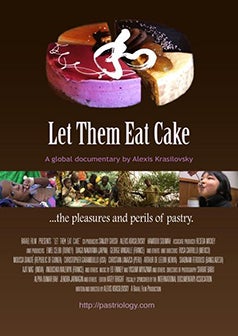 by Alexis Krasilovsky
Foreword by Howard A. Rodman

“…brilliant…inspirational…Krasilovsky explores global influences that have shaped the ‘male’ story and the ‘female’ story, emphasizes the importance of setting, time and place and includes a multitude of supporting examples.  This book must be included in every academic study on Adaptation and is a ‘must have’ in every screenwriter’s toolbox.”
-- Jule Selbo, screenwriter and author of Screenplay: Building Story through Character
“Krasilovsky’s book provides a motherlode of broad-ranging insights into the art of adaptation, illuminating an essential truth about the sea of stories in which we all swim.  It’s a book every screenwriter should read.”
-- Robin Swicord, writer/director, Wakefield, screenwriter, Matilda, Little Women, Curious Case of Benjamin Button

"Written in a personal and engaging style... the book is revelatory as it leaps from one salient point to another, and as its title promises, embraces screenwriting across many nations. It is specifically targeted at screenwriters who tackle adapted-for-the-screen material (be it of ancient lore, legends, literature, fact-based events, biographies or other story staples), but also speaks to the screenwriter embarking on original material... Krasilovsky compels the reader to investigate, relate and employ the deep provenance of stories and to blend themes from various sources and ideas. She has created a text that all screenwriters will find of benefit."

-- From the book review by Jule Selbo (screenwriter and author of "Screenplay: Building Story through Character", Professor, California State University, Fullerton), Journal of Screenwriting, Vol.9 No.1, May 2018, 121-124: