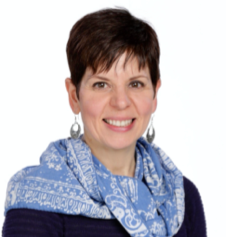 RTVF -- Class of 1987
Sixth VP of the DGA, representing guild members in Television News and Sports.

Born in Chicago, raised in Buenos Aires, Argentina and Los Angeles, Lily received a BA in Radio-Television-Film from California State University, Northridge. After graduation, an internship led to her first job as an Associate Director at Spanish language TV station KVEA. Her first directing opportunity came as a happy accident, when, during a special event remote production, the director fell ill and Lily had to step up.

While at KVEA, she trained as a technical director, a position that eventually led to a job in Miami at the Univision network as a TD/Director. From there, Lily moved over to competing network Telemundo, as a full-time Director, directing a range of programs including talk-shows, game shows, music-variety programs and news.