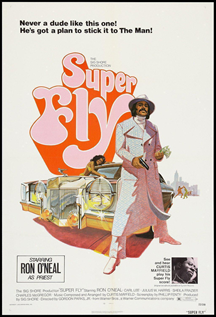 This briskly paced and stylish film, a classic of the era, contains one of the greatest soundtracks of all time - written, produced, arranged, and performed by Curtis Mayfield. Often misinterpreted as a film that glorifies crime, it is actually the grim story of Youngblood Priest (Ron O'Neal), a flashy pusher, who realizes it’s a dead end life. Seeking a way out, he devises a plan for one final score. Mayfield’s masterful music provides thought provoking and insightful social commentary.