Sing Street / THIS SCREENING HAS BEEN CANCELLED 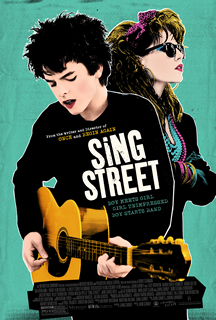 With the recession hitting people hard in Dublin during the 80s, 15-year-old Conor is moved from his private school to a tough inner-city alternative. He tries to impress his crush, Raphina (Lucy Boynton), by asking her to be in his band's music video. Problem is he doesn't have a band...yet.