No One Knows About Persian Cats / SCREENING CANCELLED 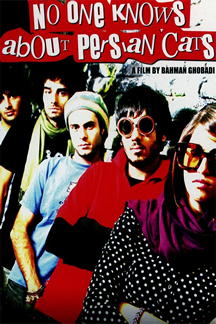 No One Knows About Persian Cats

This feature explores Tehran's underground music scene of rock and rap, a dangerous pursuit since Western music is illegal. After serving prison time for performing in public, a young couple Negar (Negar Shaghaghi) and Ashkan (Ashkan Koshanejad) immerse themselves further into music, playing in secret venues as they plan to escape to Europe. But first they need to find a rhythm section and fake passports.