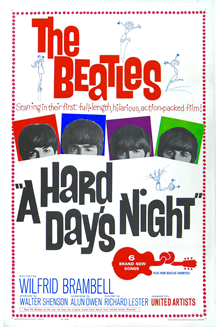 In this classic, which Roger Ebert described as "joyous and original," The Beatles - John Lennon, Paul McCartney, George Harrison, and Ringo Starr - struggle to keep themselves and McCartney's mischievous grandfather in check while preparing for a live television performance. Smart and irreverent, the film is directed with energy and exuberance.