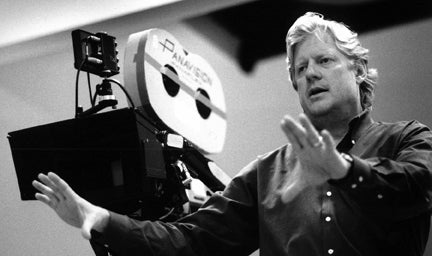 Considered on the “A” list of feature film directors, Donald has directed such films as My Life in Ruins starring Richard Dreyfuss, Welcome to Mooseport starring Gene Hackman and Ray Romano, Just My Luck starring Lindsay Lohan, How To Lose A Guy In 10 Days starring Kate Hudson and Matthew McConaughey, and Miss Congeniality starring Sandra Bullock and Benjamin Bratt.  He has also directed such classics as the Julia Roberts break out film Mystic Pizza, Grumpy Old Men which starred the legendaries Jack Lemmon, Walter Matthau and Ann-Margaret, and The Associate which starred Whoopi Goldberg.

Petrie began his entertainment career as an actor, having trained and graduated CSUN as a theatre major.  Donald soon was appearing in many television episodes.  In 1980, Donald decided to shift his focus to directing when he was accepted as a Fellow at the American Film Institute.  While there he made a short film, The Expert, that caught the eye of Steven Spielberg, who asked Donald to direct an episode of Amazing Stories.  That episode, entitled Mister Magic, starring Sid Caesar, began Petrie’s professional directing career.

Donald then began a busy period directing episodic television, including MacGyver, The Equalizer, and the landmark series LA Law.  A controversial episode he directed for the latter entitled The Venus Butterfly brought Directors Guild and Emmy nominations.