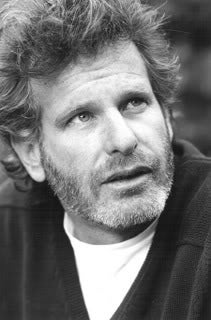 Dale Launer was born in Cleveland, Ohio (1952) but raised and schooled in the San Fernando Valley. While attending Cal State University, Northridge, he decided on a career as a writer and director of motion pictures. After exhausting the school's offerings in the cinema department (formerly called the Radio/TV/Film department), he dropped out. He worked in a variety of jobs - hifi salesman, furniture refinisher, marketing director, sales manager, ad copywriter, photographer, and buying and re-selling cars.

His movie-biz break came after the producing team of Lancaster/Wagner optioned his screenplay of Ruthless People. It was produced and released in 1986. This was followed by Blind Date, for which Launer neither takes blame nor credit since it was heavily re-written. Launer followed this effort by optioning the rights to the film Bedtime Story, which was re-written and re-titled to Dirty Rotten Scoundrels (which he also produced). He also wrote and directed Love Potion #9, which was followed by My Cousin Vinny, which he wrote and produced.

He is currently finishing up Tom's Nu Heaven, a movie he made very, very independently.