Polaroids, Photographs, and Films: Re-Viewing Andy Warhol’s Work in the Age of Social Media and Self Curating 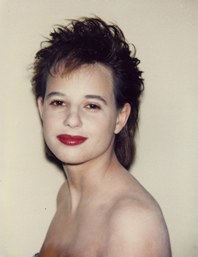 While Andy Warhol is known as one of the United States’ premiere Pop artists, this exhibition offers a unique opportunity to view his work beyond the frame of a silkscreen print, and in a different, lesser-known light as a photographer as well as through a vastly different lens as a filmmaker. Warhol was infamous for his work ethic, and he tirelessly employed photography, taking tens of thousands of photographs. It had an important function, as he once noted: “A picture just means I know where I was every minute. That’s why I take pictures.” This exhibition will include more than sixty of Warhol’s Polaroids and black-and-white photographs. Between 1963 and 1968, Warhol also made more than 60 films, and this exhibition includes two of Warhol’s long films, Sleep (1963), which clocks in at six hours, and Empire (1964), which has a running time of eight hours and five minutes. Time, clearly, is an essential element to Warhol’s practice.

Along with extending our understanding of his oeuvre, this exhibition also situates Warhol’s nonstop photographic portrait production of the famous and infamous -- as well as a host of unglamorous and unusual inanimate objects -- in relation to sharing our minute-by-minute likes and daily activities on various social media platforms. Viewers will have the chance to consider how, despite the different times and technologies, each approach to image making is self-referential, even a form of self-curating. Indeed, each is organized around a self-making -- or a self-imaging -- of the world that is always more than simply a factual record. What are the points of intersection between Warhol’s work made with the outward capturing technology of the camera (Bolex, Big Shot, Minox, etc.) and our fixation on seemingly inward facing smart-devices (phones, tablets, etc.)? What is the relationship between Warhol’s desire for creating portraits of others and our investment in producing selfies with someone/something?

The Warhol Polaroids and black-and-white photographs included in the exhibition are part a generous gift of the Andy Warhol Foundation for the Visual Arts to the permanent collection of CSUN’s University Foundation. In 2007, the Foundation launched the Andy Warhol Legacy Program in an effort to give greater access to Warhol’s photographs. Today, it has donated over 28,000 of Warhol’s original Polaroids and gelatin silver prints to college and university museums and galleries nationwide.