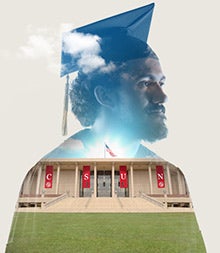 Andrew Escobar transferred to CSUN from Pierce College in 2015. Before and after transferring to CSUN, Escobar balanced school and work life at the same time, yet is graduating CSUN within two years with a degree in journalism.

“Balancing school and work was probably the most consistent obstacle,” he said. “On one end, I wanted to get through school as soon as possible, but there’s always that question of ‘will I be able to pay the bills this month?’”

While many of his peers entered CSUN as freshmen and adapted to the campus by the time they reached the junior level, Escobar had to figure out the new university environment in just a short period of time, which was often challenging.

“You don’t know where life is going to take you, so being able to move around and adapt on the fly can be invaluable,” he explained. “Comfort is nice, but it can also hold you back. Now that I’m about to graduate, I’m up to new challenges.” 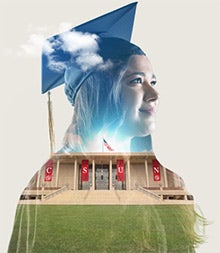 When psychology major Velia Hernandez isn't studying or doing homework on campus, she's likely to be found helping kids at the Associated Students Children's Center, where she's been working since her sophomore year.

Balancing work and a busy school schedule can be difficult, but Hernandez found using a planner and writing down everything she needs to do each day was a great way to manage her workload and reduce stress. Hernandez credits going to advisement every semester, utilizing campus resources such as the Career Center and seeking mentors at her work as reasons why she will earn her degree in four years.

Hernandez is a first-generation college student from Bakersfield, Calif. who said she discovered the field of psychology after a class field trip to CSUN's career center. With a wide variety of careers open to her, Hernandez is optimistic about what the future holds for her. 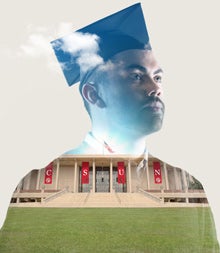 Jeffrey Perez de Leon is a 22-year-old cinema and television arts major emphasizing in film production who is graduating this fall. It took him four years to earn his bachelor's degree, which is a huge accomplishment in a demanding major that was recently rated by The Hollywood Reporter as one of the Top 25 film schools in the country.

Perez de Leon said the key to his success was getting involved on campus. He was an Associated Students (AS) senator and participated in the New Student Orientation (NSO) program. His position as an NSO Orientation Leader gave him priority registration, which he emphasized was a huge advantage.

Perez de Leon also overcame financial struggles by working at and earning a scholarship from the Delmar T. Oviatt Library. Today, Perez de Leon is still involved with AS, working the front desk before he graduates. 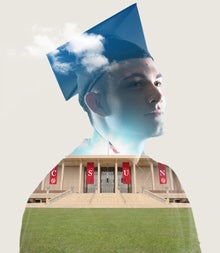 Alexander Salazar is a 21-year-old communications major who can be found on stage performing poetry before graduating this spring after four years at CSUN.

Salazar said three things helped him through the last few years, which are being organized, finding a passion and immersing himself in campus activities.

Since freshman year, he maintained a job every semester and made the most of his time by joining the speech and debate team, becoming a dormitory resident advisor and being the slam poetry team captain.

Salazar said at one point he became depressed because of overwhelming stress of having too much on his plate.

"I used to think, 'you can do anything and everything,' but you can't," he said. "Focus on what matters."

He attributes a lot of his success to the support of people he surrounds himself with, such as his fraternity brothers from Sigma Phi Epsilon and his slam poetry team. 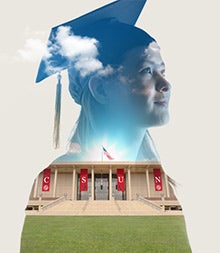 Cati Mayer’s journey through academia spanned multiple cities and continents. Six years after emigrating from Germany to the San Francisco Bay Area — and a mere two years after transferring to CSUN from Foothill College in Los Altos Hills — she is set to graduate this spring with a bachelor’s degree in journalism.

Mayer quickly became familiar with the unique challenges international students face, which include higher tuition costs and limited job opportunities. She overcame these obstacles the only way she could — through dedication to her studies.

“I worked very hard in my classes, always pursuing A's,” she said. “I never missed a deadline, class or exam. Eventually, my hard work paid off. I scored three big scholarships that helped me afford college when I was struggling financially.”

Mayer expressed gratitude to the CSUN professors and mentors who supported her when she felt “stuck.”

“They shaped the picture of who I want to be after graduation,” she said.

Graduation is the culmination of the CSUN student experience. Students who complete their degrees have much higher lifetime earnings than those who do not earn degrees, and degree completion also means that further education is an option. CSUN students are graduating in larger numbers, and we are committed to continuing this trend, supporting the success of all students. Read the complete message.