GI 2025, a project of the 23-campus California State University system intended to "remove obstacles to receiving a baccalaureate degree," was announced by the Chancellor's Office in summer 2016.

CSUN re-branded our GI 2025 project with the name "Matadors Rising." Matador Momentum was a source for many elements of the Matadors Rising campus plan (including the student success campaign and the establishment of a targeted peer mentor program).  Several other strategies proposed by Matador Momentum were also adapted for the campaign, including Data Champions, graduation incentives for students, the shift to a 15-unit course load as the default starting point for advising sessions, and the expansion of the ExCEL and RAISE Your GPA courses.

The CSUN Mentorship Program was established with funding from GI 2025 (Matadors Rising) in spring 2017. It has focused on building student success for all participants.

1100 students opted to participate in the program. Of those 1100, 200 had a one-on-one peer mentor.  The others received monthly email blasts and were invited to join in at various campus events.

The program achieved 100% persistence for participating students measured from spring 2017 to fall 2017. Fall-to-fall freshman persistence at the campus as a whole hit an all-time high of 80.7% (for freshmen who started in fall 2016 and continued their enrollment through the start of the fall 2017 semester), a number representing a significant upturn after many years when the one-year rate had hovered at 76%.

This contest, sponsored by Information Technology in partnership with the Office of Student Involvement and Development and the Office of Academic First Year Experiences, invited all CSUN students to enter the "Matador Moments: Freshman Challenge." Participants were asked to create a video that would "inspire an incoming student to discover a CSUN connection by telling your first year Matador story." The winning video was screened as part of New Student Orientation (in August 2018). It is posted along with the top runners-up on the Matador Moments website: https://www.csun.edu/matadormoments

Year two of the Matador Moments contest opened in late fall 2018. Winners will be selected during the spring 2019 semester. More information about Matador Moments 2019: portfolium.com/challenge/MatadorMoments2019

MataCare Grants at CSUN (and other micro-grants elsewhere)

MataCare Emergency Grants: "The MataCare Grant Fund was established through generous contributions from alumni, faculty, staff, students and friends of the university who want to assist in removing unanticipated financial roadblocks to student degree completion and well-being.  The Grant is not a loan and does not need to be repaid."

Foiling the Drop-Out Trap: Completion Grant Practices for Retaining and Graduating Students. 22-page how-to, published jointly by the Coalition of Urban Serving Universities and the Association of Public & Land-Grant Universities.  No date (but includes a reference published in 2015 and mentions Tim Renick of Georgia State U, who presented at the AASC&U Austin retreat).

Got an A in Algebra? That's Worth $120. Natasha Singer, New York Times 20 Feb. 2016. Overview of Raise.me, a program which combines micro-grants and micro-badging to inspire students to stay on track for college.

Teach your students how to go to office hours. 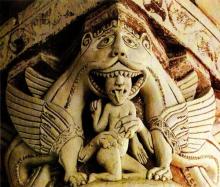 Once they know what to expect from an office hour visit, they're far more likely to take you up on the invitation to come by--and far less likely to believe they will be eaten alive in the process.

Background: Why We Demystify Office Hours in University 100 at CSUN—and Why You Should Do the Same Thing in Your Own Classes

In spring 2014, CSUN faculty members April Taylor (ataylor@csun.edu) and Cheryl Spector (cheryl.spector@csun.edu) hosted a one-hour focus group with former University 100 students. Among other things, the students said they wished the course had included information on how to “do” office hours. And that's why it does, now  Here are excerpts from the transcript of the students' comments:

Student 2:  It’s a learning experience to know what to say--to know how to act, how to approach them….   Do I bring an apple? Do I bring coffee?

Student 3:  My professor told me, “Come see me in office hours.” But there’s really no reassurance for us because some [students] may have never even been to a professor’s office.  So for the professor to tell us to go see our professor it’s like, “Okay, I will,” but we really won’t.  We need to feel comfortable confronting someone that we think is a superior.  For me, if I go to a professor I feel like I have to keep up a certain professionalism.  I’m talking to you about my grades and it’s everything that will help me succeed but there’s a little fear and there’s a little shyness and it’s probably a lot easier than we think it is; only, we just don’t know what to think.