From Valley Boy to Mountain Man 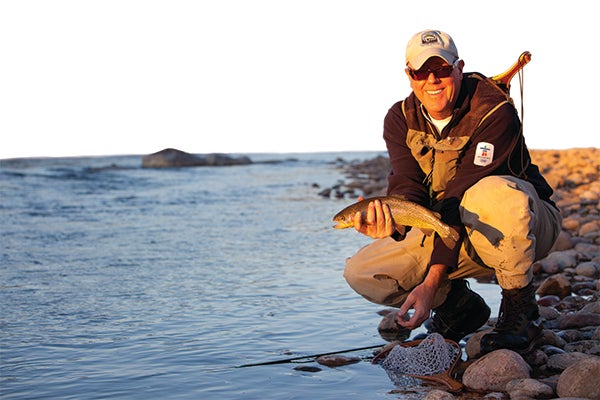 Jim Snyder ’84 earned a degree in political science, but it was the culinary world that soon captured his interest and his heart. As a Northridge native, Snyder was born and raised in the San Fernando Valley and eventually went on to attend college at CSUN. “When I went to CSUN, I went for five years — it took me longer to finish,” said Snyder. “I was a political science major. I studied that specifically because it was interesting to me, but I knew I would end up in the food-and-beverage world,” because he worked at a restaurant at the time. Since the year 2000, Snyder has been an executive in the ski industry. With 17 years of experience under his belt, he recently joined Sun Valley Resort in Sun Valley, Idaho, as the director of food and beverage. Snyder was recruited to work for the privately owned resort, where more than 400 employees report to him — including about 50 managers and chefs. “It’s interesting for someone like me who grew up in Southern California and who barely saw any snow,” to live in a place like Sun Valley, Snyder said. During his time at CSUN, Snyder played intramural basketball and participated in Model United Nations (MUN), and he attributes his public speaking skill to his time participating in MUN. Now, Snyder puts that skill to use in front of crowds that range from 30 to 100 people — at seminars, training sessions and general meetings. Public speaking was the most important skill he learned at CSUN, Snyder said. “That has stayed with me,” he said. Snyder is still connected with the CSUN campus — he married a Matador as well, Nicole Snyder ’93 (Human Resource Management). The couple and their children visit the ever-changing campus on occasional trips to California, as both of their families still live in the Valley — and Jim and Nicole follow Matador sports online. “I love to see the changes on campus,” Jim Snyder said. “I have fond memories of CSUN altogether, and the community as a whole.” Snyder’s mother, Patricia Anne Snyder, also attended CSUN, earning her bachelor’s degree in liberal arts from the university in 1985. She worked at the CSUN Learning Resource Center for several years, while her son attended the university. Snyder said he believes that CSUN was the driving force in binding his family together. Though Snyder grew up in relatively sleepy Northridge, he was not timid about traveling to other parts of the country. “This Valley boy ended up loving the ski areas and the mountains,” he said. Snyder said he wants to remind all of CSUN’s future and recent graduates that nothing is unattainable. “You have to follow your dreams. If you’re climbing the ladder of success, make sure your ladder is up against the right wall,” said Snyder, who pursued his passions in the culinary and hospitality worlds. “People [need to] follow their actual dreams. Follow the dream right away. What’s going to make you a passionate person?”