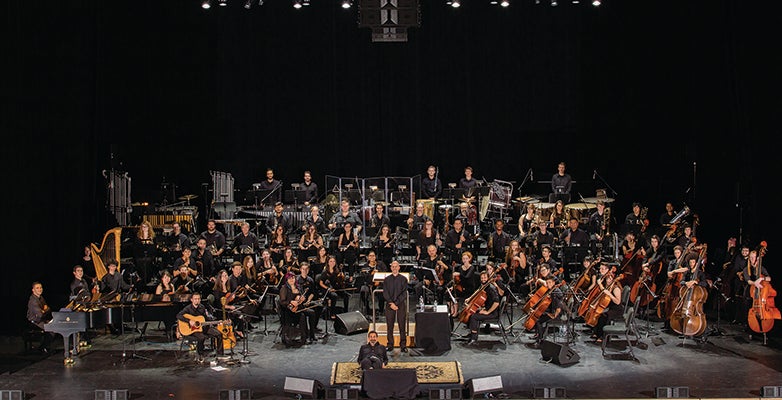 “This has been an amazing night,” said System of a Down lead singer Serj Tankian ’89 (Marketing), before introducing the song Empty Walls, to conclude the second of two sold-out performances at the Valley Performing Arts Center (VPAC) on Nov. 10 and 12. Tankian has fronted one of the most successful alternative metal bands in recent memory since its inception in 1994. At VPAC, he was accompanied by the CSUN Symphony in the North American premiere of his Elect the Dead and Orca symphonies. Tankian told the Los Angeles Times beforehand that he felt confident about the performance because he had plenty of rehearsal time with the orchestra before the shows. He also had honed the material by performing more than two dozen times in Europe, including concerts with the Czech National Symphony Orchestra and the Bruckner Orchestra Linz of Austria.