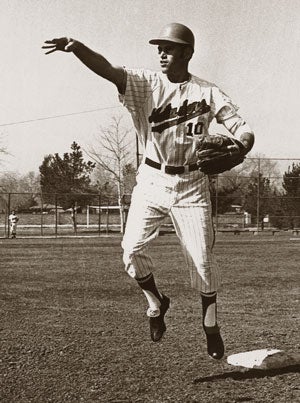 In 2016, Matadors Baseball received a donation of $1.5 million from alumnus Irv Zakheim ’71 (Physical Education) as a lead gift to fund renovations to Matador Field, on campus. The gift will help fund a renovated entryway to the stadium, adjacent to Etiwanda Avenue, just north of Superior Street. This is the first of multiple projects that will modernize a complex that is more than 50 years old. “We’re so proud to have alumni like Irv Zakheim to help the next generation of Matadors,” said California State University, Northridge President Dianne F. Harrison. “What is especially gratifying is how Irv is continuing a tradition of success for our baseball team. He was a champion on the ball field and is one in his professional field as well. Now, he’s helping us build toward future championships.” Zakheim, who was the starting second baseman for CSUN’s 1970 Division II National Championship team (pictured at right) and still stands out on CSUN’s all-time record lists, played professional baseball in the Chicago White Sox minor league system after graduation. “I’m thrilled about Irv’s generosity and support of CSUN Baseball,” said CSUN Director of Intercollegiate Athletics Brandon Martin. “We have worked closely with Irv for the past couple of seasons, and we’ve spoken at length about what it will take to make Matador Field a state-of-the-art facility.

Irv’s vision and support has been — and will continue to be — essential to the growth of the CSUN Baseball program, and I’m proud to work alongside him as we build a successful team and an exceptional facility.” Zakheim is the chairman and CEO of Zak Designs, a company he founded in 1976 while importing puka shell necklaces from the Philippines. Zak Designs has grown significantly in the years since, and today the global company is one of the leading distributors of packaging and beverage containers. In 2011, Zakheim was honored with CSUN’s Distinguished Alumni Award, one of the highest honors from the university, and he remains closely connected to CSUN Athletics and the CSUN Baseball team. “So much of the success I’ve had, and the person I’ve become, is a direct result of playing baseball at CSUN,” Zakheim said. “Coach Bob Hiegert didn’t just give us the skills to become national champions, he gave us the skills to succeed in life.

I’m so grateful for the opportunity to give back to the program and help other Matadors have the same kind of experience. “Coach Moore is running an excellent program, and I’m excited to work with him and Dr. Martin to make sure my gift helps build upon the team’s recent success and creates a facility that will help take Matador Baseball to an entirely new level,” Zakheim said. Head baseball coach Greg Moore is in his fourth season at CSUN. Under his leadership, the Matadors have achieved success on the field, in the classroom and in the community. Moore’s 2015 and 2016 teams turned in the highest combined Division I win total since 1997 and recorded back-to-back 30-win seasons for the first time since 2002. In April, the National Consortium of Academics and Sports honored Moore with its National Student-Athlete Giant Steps Award. Moore’s student-athletes have turned in numerous outstanding individual performances over the past three years, with six players selected in Major League Baseball’s first-year player draft. 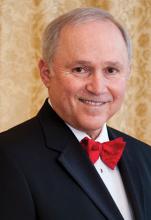 The team has set new academic standards, with the highest semester GPA on record for CSUN Baseball, and they have won awards for their work in the community. “I am so thankful for Irv’s gift and leadership in assuring CSUN Baseball’s facility is excellent, lasting and useful for many years to come,” said Moore. “As we build our program brick-by-brick, our players, coaching staff and I appreciate his hard work and dedication to CSUN. This is a difference-making donation, and I know Irv understands the true impact it will have on the program. I’m grateful for his vision and support.” Following the addition of the new Matador Field entryway, which will be located at the end of the stadium’s right-field foul line, projected future renovations will include stadium lights, an updated fan seating area with shaded areas and additional seats, new baseball training facilities that include new batting cages, locker rooms and showers, and team meeting space and offices. Fans interested in contributing to the growth of the CSUN Baseball program can learn more at gomatadors.com or by contacting Tom Ford, senior associate athletic director for development, at (818) 677-4837 or .