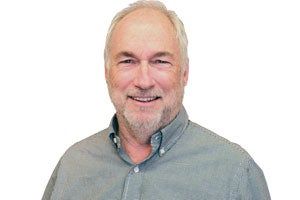 According to recent studies on college dropouts, approximately 70 percent of Americans enroll at a four-year institution of higher education, but less than 50 percent will graduate. In fall 2016, the California State University (CSU) system launched Graduation Initiative 2025, a statewide and systemwide, ambitious benchmark that aims to increase graduation rates for CSU transfer students and first-time freshmen. Targeting first-time freshmen, CSUN joined forces this year with Project GRAD Los Angeles, a locally based nonprofit that has worked to foster greater education equity since 1999. The CSUN-Project GRAD partnership aims to build a communication pipeline of sorts — a two-way conduit — between high school teachers and university professors. The organizers behind the new initiative unveiled in spring 2013 a one-of-a-kind in California, fourth-year math course — Transition to College Math and Statistics (TCMS) — to prepare LA high school seniors for college-level math. Project GRAD Los Angeles President and CEO Ford Roosevelt explained that lack of academic readiness leads many first-time freshmen to be unprepared for college-level math and English classes — forcing many into developmental classes, after they score low on the CSU English Placement Test and the Entry Level Mathematics exam. “If high school students take remediation courses and don’t do well, their life in college is at risk,” Roosevelt said. According to Project GRAD, more than 60 percent of high school seniors in the northeast San Fernando Valley place into developmental classes in math, English or both after taking the placement exams going into the CSU system. If the students don’t pass their developmental courses within the first year, they must attend community college to catch up. Only then may they return to a four-year university, which creates a major obstacle for many students, Roosevelt said. “If we intervened earlier and trained [high school] teachers to have a course that would teach a little bit differently — the critical-thinking skills students need when they take the tests — they might do better,” he said.

Laying the groundwork in 2013, in collaboration with the Los Angeles Unified School District (LAUSD), CSUN and Project GRAD tested a 10-week pilot course. They found that seniors who took the course achieved a 37 percent passage rate on the placement tests, compared to a 22 percent passage rate for those who did not. From that point, the course was expanded into a full-year course, approved by the CSU and University of California, Roosevelt said. The district loved what they saw. This year, LAUSD is working with CSUN and Roosevelt’s organization to replicate it at all 160 district high schools in the next two years, he said. So far, the optional math courses are available at seven LA high schools. “CSUN is the lead agency training the teachers,” Roosevelt said. “It’s a pretty big deal and can really change the conversation of what kids need to do to get ready and go right into college-level math.” The 23-university CSU system spends about $90 million a year on developmental courses — an amount CSUN and Project GRAD are now trying to re-allocate into college-level instruction courses at the high schools. “There is a lack of communication between different segments — high schools, community colleges, CSUs and University of California [campuses],” said Katherine Stevenson, math professor and director of Developmental Mathematics at CSUN, who works closely with Roosevelt on the project. “If there is no communication and if we don’t understand what the different expectations are, then it seems like we have built a gap in our system. We have an interest in having students arrive and not need developmental math. That is what we’re going to be looking at as our gold standard.” —Cati Mayer