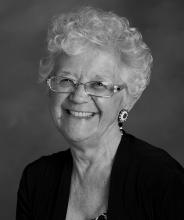 CAROL KELLY (Child and Adolescent Development, pictured above) was a professor emerita who also dedicated her time in retirement to help expand and nurture the Child and Adolescent Development Alumni Association Chapter. Kelly passed away Feb. 10, 2017. The university recognized her commitment to teaching and mentoring CSUN students in 1995, when she received the CSUN Distinguished Teaching Award. After she retired from teaching (in 2007), the Alumni Association also honored Kelly with the Dean Ed Peckham Award in 2009. At CSUN, Kelly established the Carol S. Kelly Endowment Scholarship. “My passion is to make our world a better place for children, youth and families,” Kelly said in a November 2016 article for the College of Health and Human Development. Whether educating to bring an end to child labor across the globe or reaching out locally to provide equal access to opportunity and education, Kelly focused on the well-being of children and families. She served on the board of the Association of Child and Youth Care Practice, where she participated in several national committees, including the National Certification of Child and Youth Care Professionals. In August 2016, the association awarded her its Lifetime Professional Achievement Award. She was also inducted into the Ohio Women Hall of Fame. Kelly came to CSUN (then San Fernando Valley State College) in 1969. She provided key leadership in developing and implementing the interdisciplinary program in child development, and she collaborated across and beyond campus to strengthen the program, which later became the Department of Child and Adolescent Development. Kelly initiated programs such as the Peace Expo at CSUN, which drew more than 5,000 participants. In addition to serving as a U.S. representative for the International Federation of Educative Communities (FICE), she worked abroad on projects that assist at-risk children in countries such as Romania and South Africa. Her exemplary work at CSUN also earned her an invitation to serve as a senior consultant for the United Nations’ International Year of the Family. She is survived by daughter Amber Taylor; granddaughters Eliza and Reyna Taylor; a great-grandson; and sisters Marilyn Rabbitt and Patricia Kelly.

JUD KINBERG (Cinema and Television Arts), producer of the films Lust for Life and British psychological thriller The Collector, died on Nov. 2, 2016, at his home in New York City. He was 91. Kinberg was a Brooklyn native who attended the University of North Carolina. He served with the U.S. Army in World War II and was awarded a Purple Heart and a Silver Star. According to Variety, Kinberg began working in Hollywood under John Houseman, collaborating with him on many films for MGM, including Julius Caesar and Executive Suite. Kinberg also produced The Magus. He is survived by his wife, Monica; sons Steven and Robert; and grandsons Toby and Oliver. 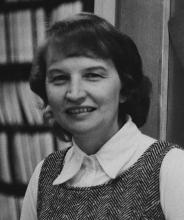 IRENE THORSELL (Delmar T. Oviatt Library, pictured above), dedicated librarian, mother and grandmother, died on Dec. 2, 2016. She was 88. Thorsell was an emerita faculty member who served on the library faculty at CSUN from 1961-93. Initially a science reference librarian at what was then San Fernando Valley State College, she later transferred to the Library Cataloging Department, where she spent her remaining years cataloging and classifying books for retrieval. After she retired from CSUN in 1993, she relocated to the Bay Area, where she enjoyed meeting new friends, spending time with family and traveling. She is survived by her daughter, Carol May, ’77 (Nutrition and Dietetics); her son, Mark; their spouses; and grandchildren.