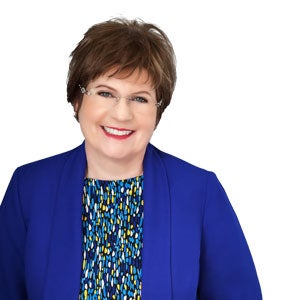 Emily Iland’s autism quest started like many mothers’ struggles: at home, with her oldest son, Tom. A mother of three who had just moved to Santa Clarita — following her husband’s job transfer — Iland found herself fighting for 9-year-old Tom, who had, when he was younger, stopped speaking for about three months. She fought to get him special education help as he entered a new school district, as she and her husband faced new and daunting parenting challenges. “What I discovered is, you’ve got to advocate for your kid, or they’re not going to get what they need,” said Iland ’07 (M.A., Special Education), ’09 (Post-Master’s Certificate, Education Therapy). “So, I educated myself to become my son’s advocate — and then, I started helping other people. I started helping people I’d never met before, and I noticed that not everyone was getting the help they needed. “You fight on the inside: You have to fight with yourself, within your family and on the outside too,” she said of parenting a child with autism. “It’s overcoming a struggle. It’s a challenge that you have to step up to, or else. I was a shy person. But I realized that I needed to be educated about autism, about treatments and education so I could always base everything on facts — as a mother and as an advocate. You can’t argue with facts. Facts help people get along.” Inspired and driven, Iland enrolled in the master’s program in special education at CSUN’s Michael D. Eisner College of Education.

As president of the Autism Society of Los Angeles and a professional advocate helping families in Santa Clarita through the special education process in schools, she came to CSUN armed with questions and concerns. “I felt like more education would help me address issues like the underrepresentation of Latino families in the disability services community,” said Iland, who had double majored in Spanish and political science as an undergraduate. At CSUN, she wrote her thesis on Latina mothers with children with autism. “I asked the moms in my study, ‘What’s getting in your way? Why can’t you get what your kids need?’ Here [at CSUN], I’ve had a wonderful environment and support to investigate those questions. You have to know what the problem is before you can solve it.” She found that language was not the primary obstacle — it was an information gap. “It was some cultural things, as well — feeling ashamed of your child, not having family support. Not knowing where to go or how to navigate the system. And language came after that,” she said. In 2010, the college asked Iland to teach, after the state passed a law requiring special educators who had not had training on autism as part of their credential to take nine units of classes. Now, she is hard at work off campus and still focused on Latino families.

She’s part of a team implementing a two-city study to test the effectiveness of a new education program, in which promotoras (specially trained Latina mothers of children with autism) bring in-home parent education to those with newly diagnosed children. Iland is also well known for her work around autism, safety and police, including BE SAFE the Movie. Her most exciting new project, though, is a book she’s writing with son Tom, now 33. Tom earned a bachelor’s degree in accounting from CSUN’s David Nazarian College of Business and Economics, at the same time his mom was earning her master’s. “Tom and I were here at college together. I was able to see his struggles as a young adult, trying to become more independent,” she said. “Our book is called Come to Life: Navigating the Transition to Adulthood. It’s [about] taking control, taking responsibility, even if you have a disability. Even people who aren’t able to be super independent should have choice in their life and should have a voice.” —Olivia Herstein