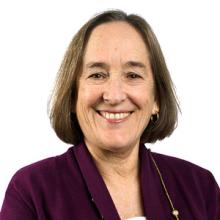 Ellen Moir graduated from CSUN in 1972 with a teaching credential and a B.A. in Spanish, armed for bilingual teaching in California’s primary schools. After several years in the classroom in Santa Paula and the Pajaro Valley Unified School District in Watsonville, she joined the faculty at UC Santa Cruz as director of teacher education. Before long, she had an epiphany. “I could see every year that we were bringing in a cohort of [new] teachers, and they were getting the toughest assignments and schools,” said Moir, a California native who grew up in Monterey and lives in Santa Cruz. “Historically, we take new teachers and give them the toughest assignments and toughest schools. It’s the same schools that get abandoned every year,” when those overwhelmed, new teachers quit and move on, she said. Moir felt a calling to change the system, to focus on new teachers exclusively and arm them with the best tools to help students — and schools — succeed.

She started with teachers in Santa Cruz County, and then in 1998, she founded the New Teacher Center (NTC), to adapt and expand high-quality teacher induction services for districts and schools all over the nation. Nearly 20 years later, the nonprofit center’s staff has grown to more than 175 people who work with educators and policymakers around the country. The Santa Cruz-based center focuses on high-poverty schools in underserved communities. “I’m driven toward giving every teacher what they need,” said Moir, who serves as the center’s chief executive officer. “I believe teachers are the single most important ingredient in improving a student’s life. And every student, no matter their ZIP code, should get the best education.” Now, the NTC has expanded its focus beyond mentoring new teachers — to add mentorship and leadership development for more experienced teachers and principals — past those first two “rookie” induction years.

A personalized approach to teacher and principal development with ongoing mentoring and feedback, Moir said, is the key. “Through an Investing in Innovation Fund (i3) grant from the U.S. Department of Education, we found that after two years of NTC support, students of NTC-supported new teachers in grades four though eight demonstrated three to five months of additional learning in reading, compared to students of the control group of new teachers, who received traditional new teacher support,” she said. As someone whose grandparents emigrated from Eastern Europe and as a first-generation college student, Moir understands the struggles and trepidation of not just K-12 students, but today’s undergraduates as well, she said. Her parents were afraid to let her leave home to go to college — but CSUN (then San Fernando Valley State College) beckoned because she had family living in Van Nuys, and for its strong College of Education.

“I was in a bilingual teacher credential program, with Dr. Dolores Escobar,” Moir said of her mentor, who taught at CSUN for 22 years and then served as associate dean of the college. “I came out of CSUN really prepared to be a bilingual teacher. It was a great program.” Forty-five years into her education career, Moir shows no signs of slowing down. She’s been recognized with a bevy of awards for her work on behalf of teachers and school reform, from the 2003 California Council on Teacher Education Distinguished Teacher Educator Award to the 2014 Brock International Prize in Education, to name just two. Her focus, as it was in her earliest days out of Northridge, is clear: “Teachers are so important,” Moir said. “They’re dream makers. They’re guardian angels. I want to help them be the best that they can be.” —Olivia Herstein