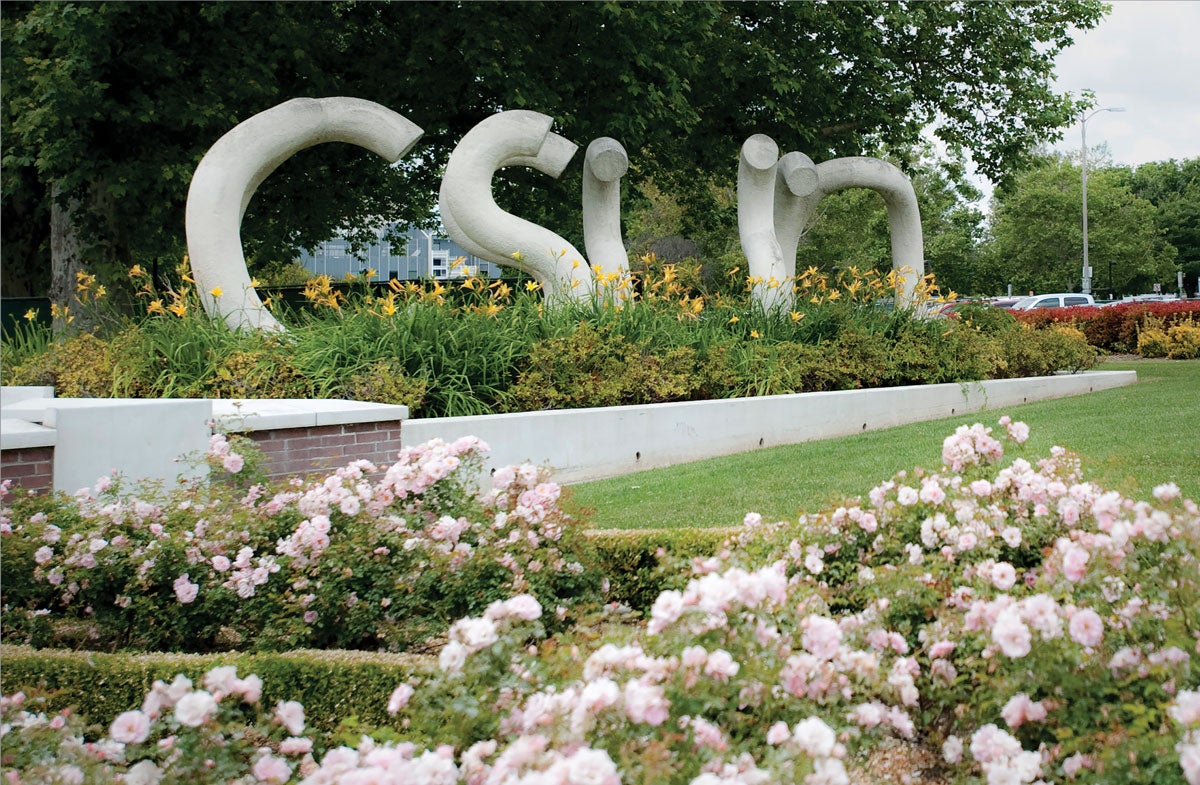 Are they snakes? Are they worms? What are they, exactly? The beloved CSUN landmark — an avant-garde, 3-D, lowercase “csun” sculpture at the corner of Nordhoff Steet and Zelzah Avenue — is nicknamed the “worm sculpture.” The sculpture was built in April 1973, the same year the Delmar T. Oviatt Library opened, and just a year after the university was renamed California State University, Northridge from its original 1950s and ’60s identity, San Fernando Valley State College. The artwork is a perennial favorite spot for graduation photos and curious visitors.

It’s nestled in a rich, verdant rose garden near the Orange Grove and Monterey Hall and was designed (and later built) by student John T. Banks ‘72 (Art), M.A. ‘94 (Three-Dimensional Art). “The CSUN sculpture was the winner of a contest in 1973 to design a sign for the university,” Banks wrote to university officials in 2011. “It is hard to believe it has been 40 years since its creation. It was the first of many of my public artworks, and I realize this sculpture commission opened many doors of opportunity to me.” Banks currently lives in Henderson, Nev.