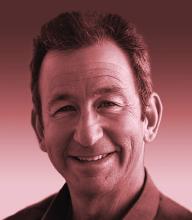 Ronald Friedman ’70 (Business Administration, pictured above) was honored as Professional Service Provider of the Year at the Los Angeles Business Journal 2016 Fashion Awards. Friedman is a partner at Marcum LLP, and he is a co-leader of Marcum’s national retail and consumer products practice group.

Yolanda Aguilar Dave ’72 (Spanish), M.A. ’81 (Spanish) retired after teaching in Los Angeles Unified School District high schools for 34 years and local community colleges for 20 years. During her career, she was named teacher of the year at Taft High School and Reseda High School. She also was a founding member of the Make-a-Wish Foundation of Greater Los Angeles. Dave has been a longtime volunteer and continues to serve as a project leader at the Los Angeles Mission homeless shelter.

Carla Winter-Evans ’73 (Art) lives in Walnut Creek, Calif., and for 30 years has run her own party entertainment company, Partiart, and provided work for many entertainers and artistic talents — including face painters, balloon artists, musicians and handwriting analysts. She has designated the CSUN Department of Art as a beneficiary in her will and cares “very much about my old alma mater, especially anything artistic.”

Craig A. Szabo ’74 (Business Administration – Accounting), C.P.A., has been appointed to the board of directors of The Giving Back Fund, a national nonprofit organization that encourages and facilitates charitable giving by professional athletes, celebrities, high-net-worth individuals, nonprofit organizations and corporations.

Robert Bergeson ’75 (History) is the executive director of the City of Los Angeles Employee Relations Board. He also is one of 700 members of the premier organization for labor and employment arbitration, the National Academy of Arbitrators. After CSUN, Bergeson earned his M.P.A. from San Diego State in 1981.

Cindy Benes ’79 (Recreational Therapy) had a 34-year career with the Los Angeles Police Department (LAPD), from 1980-2015. She rose through the ranks as a police officer, detective, sergeant and lieutenant — working assignments that included patrol, undercover vice and narcotics, juvenile, anti-terrorism, and supervising gang, narcotics and vice units. She continues to serve as an LAPD Reserve Officer.