Gene Merlino ’61 (Music) has worked for more than 60 years as a singer, instrumentalist, coach and conductor. He worked with scores of celebrities, won a Grammy Award in 1967 with the Anita Kerr Singers, provided the singing voice for Franco Nero in 1967’s Camelot, and was nominated for a Grammy in 1983 as a member of the L.A. Voices on a recording with Supersax, among other accomplishments. His son, John, also graduated from CSUN with a B.S. in computer science in 1989.

Jim Gault ’62 (Business Administration) graduated from San Fernando Valley State College, where he played water polo, swam and served as president of Beta Sigma Pi (now Sigma Chi) fraternity. After graduation, he entered military flight training and for the next 23 years flew tactical fighters, armed reconnaissance and transport aircraft for the U.S. Air Force and U.S. Air Force Reserves, retiring as a full colonel. After completing active duty, he enjoyed a 31-year career in commercial aviation, retiring from American Airlines in 1999. Shortly thereafter, he was recruited by The Boeing Company as a contract flight simulator instructor and he became the company’s director of flight training. He and his wife, Betsey, live in Rockwall, Texas.

Gordon Gilbert ’65 (Biology) served in the U.S. Army as an aviator from 1966-70, followed by a long career as a full-time aviation magazine writer from 1972-2009. Since 2010, he has continued to work part time as an aviation magazine writer. This year, Gilbert is celebrating 45 years of aviation writing. Also this year, he is on track to log more than 3,500 hours as a pilot — in the Army, commercial aviation and currently as a private pilot. He lives in Sharon, Mass.

Bob Rawitch ’67 (Journalism) has retired after a 50-year career in the newspaper business and strategic communication. Rawitch spent 29 years at the Los Angeles Times — starting the METPRO minority program and the Valley and Ventura County editions — and 21 years at Winner & Associates, a public affairs consulting firm. He is president of the CSUN Journalism Alumni Association.

Eric Seltzer ’68 (Engineering), M.S. ’73 (Engineering) worked as a test engineer with Douglas Aircraft’s Missiles and Space Division in Santa Monica from 1968-70, and then joined his family’s business, Toppo Manufacturing, in Van Nuys. An avid sports car enthusiast, Seltzer raced in the Formula B and Formula A Ford classes SCCA Road Racing in the ’70s. He started Seltzer Motor Industries in 1978 in Chatsworth, and he designed and built the Willow Sports Car kit until selling that business in 1984. He and his wife moved Toppo to Sparks, Nev., in 1981. They sold the company in 2001. The Seltzers have three children, including a son who has followed in Eric’s footsteps as a mechanical engineer and race car driver. 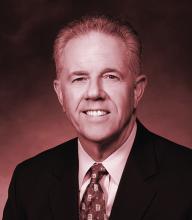 David Perrault ’69 (M.A., Education Psychological Foundation Guidance, pictured above) was added by Judicate West, one of California’s leading providers of private dispute resolution services, to its roster of “neutrals” in its new Sacramento office. Perrault has nearly four decades of litigation experience in areas such as labor and employment law, as well as significant experience in medical negligence and construction defect cases. He is a member of the American Board of Trial Advocates and the labor and employment sections of the California and Federal Bar Associations. He also volunteers for settlement and dispute resolution programs for the U.S. District Court for the Eastern District of Sacramento, and the Sacramento County Superior Court. After earning his bachelor’s from Sac State, Perrault earned his master’s at what was then Valley State. Later, he earned a Juris Doctorate from the University of the Pacific, McGeorge School of Law, in 1975.