Remembrance- Among the Stars 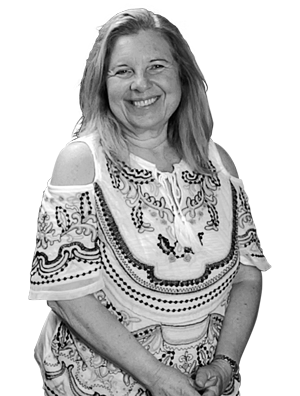 Sharlene Katz (Electrical and Computer Engineering), a pioneering woman in the ﬁeld of electrical engineering — and the force behind one of CSUN’s greatest scientiﬁc and engineering accomplishments, the CSUNSat1 miniature satellite — passed away on Nov. 17, 2017, after a brief illness. Katz, a beloved mentor and dedicated professor to decades of CSUN students, led projects including the construction of an earthquake seismometer and the “cube sat.”

Katz worked with her partner and fellow CSUN professor, James Flynn, and David Schwartz to develop the cube-shaped satellite funded by NASA’s Jet Propulsion Laboratory. Designed and built from scratch by students under Katz and Flynn’s guidance, the project incorporated 70 students from the electrical engineering, computer engineering, mechanical engineering and computer science departments. In March 2017, Flynn and Katz traveled to Cape Canaveral, Fla., to witness the launch of CSUNSat1 aboard a NASA rocket to the International Space Station (ISS), where it successfully completed its mission a few months later, orbiting the earth.

After months of preparation and waiting, in mid-May 2017, Katz and Flynn got word that NASA was ready to launch CSUNSat1 into orbit to start its mission. On May 18, the ISS crew deployed the mini satellite into low Earth orbit. Once it had safely cleared the massive space station, CSUNSat1 was allowed to power up and begin its mission operations and experiments. At 11:21 p.m., CSUNSat1 came up over the horizon, within range of the large, custom-built antenna on the roof of CSUN's Jacaranda Hall. Katz, Flynn and their students and alumni held their breath. Then, they heard it: the ﬁrst contact from the beacon, the long and short tones of International Morse Code. In addition to programming it to send data back to CSUN, the engineering team had built the satellite to broadcast its status every three minutes as it circles Earth, using Morse Code. Katz noted that she and Flynn chose old-school Morse Code for the stellar traveler because it works when computerized data fails — and because both professors happened to be ﬂuent in Morse Code, thanks to a passion for ham radio in their teen years.

Katz worked as an engineer and professor after attaining her bachelor’s, master’s and a Ph.D. in electrical engineering at UCLA. After graduation, she started her career in engineering at the RAND Corporation. By 1979, she’d joined the faculty at CSUN. She served as associate dean and department chair in the College of Engineering and Computer Science from 1997-99. Katz specialized in engineering education techniques, software-deﬁned radio and neural networks, and she created learning environments inside and outside the classroom and lab. Katz is survived by Flynn, friends and colleagues.