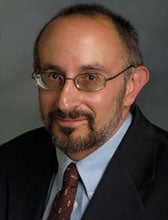 Dr. Harold Hellenbrand was appointed Interim President of California State University, Northridge effective January 1, 2012. Appointed by the Chancellor of The California State University (CSU), Dr. Hellenbrand will serve in the interim role until the next president of Cal State Northridge is selected and begins his or her appointment. He is expected to return to the provost and vice president role when the interim appointment concludes.

As interim president, Dr. Hellenbrand has temporarily assumed the chief executive role of one of the largest campuses in the 23-campus CSU system. The University enrolls more than 35,000 students and employs nearly 4,000 faculty and staff. As a comprehensive university, it offers more than 90 different degrees at the bachelor's and master's levels in more than 60 different majors, as well as an education doctorate.

Dr. Hellenbrand’s background reflects strengths in planning, K-12 linkages, retention efforts, and commitment to diversity. Dr. Hellenbrand considers Cal State Northridge and its public urban university setting central to regional economic success and to major political and social currents. He is also attracted to Northridge's dedication to teacher renewal, something that is crucial to the Los Angeles area now and over the next 20 years.

After earning his bachelor's degree in English and American literature from Harvard College in 1975, Provost Hellenbrand received his doctorate in modern thought and literature from Stanford University in 1980.