What is an Investiture?

An investiture is defined as the “formal ceremony of conferring the authority and symbols of high office.” It is held during the new president’s first year in office, or at the conclusion of the first year. It is an academic ceremony which has symbolized the pursuit of knowledge since the Middle Ages. Today, universities view investitures as opportunities to welcome a new era and celebrate as a community. 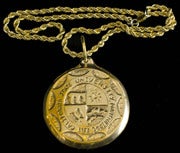 The installation of a new president is a ceremony of dignity with many academic traditions and protocols. It includes an academic procession of delegates from other colleges and universities as well as the institution’s own faculty. Marchers wear the colorful academic regalia of their own institution. Interspersed with musical selections, the event includes greetings from members of the university community.

During President Beck’s investiture, as with prior ceremonies for CSU presidents, the Presidential Medallion will be conferred, which is a symbol of President Erika D. Beck’s responsibilities to the university.