The CSUN logo must be included on all external and internal marketing collateral, including print pieces, online ads, multimedia production and other media. This will help to establish the institutional identity and clearly link any campus entity’s good work to that of the university.

The balance of both thick and thin line weights in the letter forms were inspired by the idea of sunlight seeping through the wordmark. The connection between only the last three letters also emphasizes the pronunciation of the mark (“see sun”).

In addition to our official name, the use of “CSUN” has grown in popularity as it uniquely distinguishes our University from other CSU campuses and regional universities.

It is the only pronounceable acronym in the entire CSU system; “sun” conveys the weather, warmth and energy of the region; sun imagery has been used in the official seal since the University’s founding as well as for student publications such as the Sundial and the Sunburst annual yearbook; and the sun is an apt metaphor for the light that knowledge sheds.

The form between the letters that connect them also represent the arches in the CSUN seal. The wordmark is then juxtaposed with the full name creating a balance of a modern and institutional logo.

A system has been developed to identify specific colleges, departments, centers, auxiliaries and other affiliated campus entities. To differentiate the secondary marks from the official CSUN lockup, we use Sentinel as the typeface and a combination of red and black. The scale and weight of the associated mark depends on the length of the name, specifically, whether the name takes up one, two or three lines. Additionally, emphasis can be given to a portion of the name by alternating between the bold and regular weights of the typeface. The Marketing and Communications department will create the approved sub-identity marks in consultation with campus partners. Please contact M&C to request a new secondary mark. Existing secondary marks outside of this system will be evaluated moving forward.

When pairing the CSUN logo with another brand, such as VPAC, each entity should have an equal visual weight. The hairline separation is extended one more unit above and below the line used in secondary marks in order to make each entity stand on its own. This guideline also relates to off-campus organizations, co-sponsors and other partners.

The official Seal of California State University, Northridge depicts the San Fernando Valley’s heritage of mission settlement, the mountain ranges that bound the Valley, the sun, and a crow quill pen and paper, encircled by the words “California State University, Northridge” and “1958.” Except on business collateral, use of the Seal is optional on publications as shown. The University Seal can be reproduced in any of the official University colors, but is traditionally reproduced as all red and white with black type. 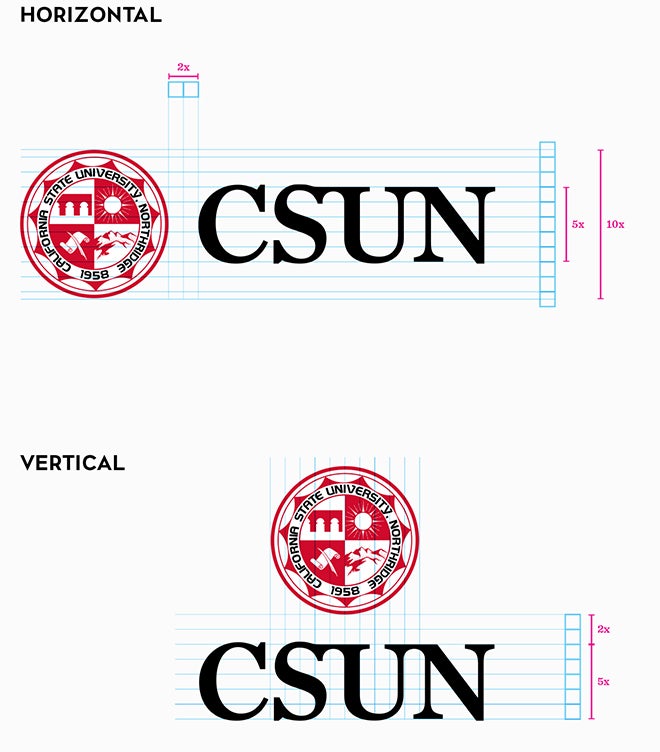 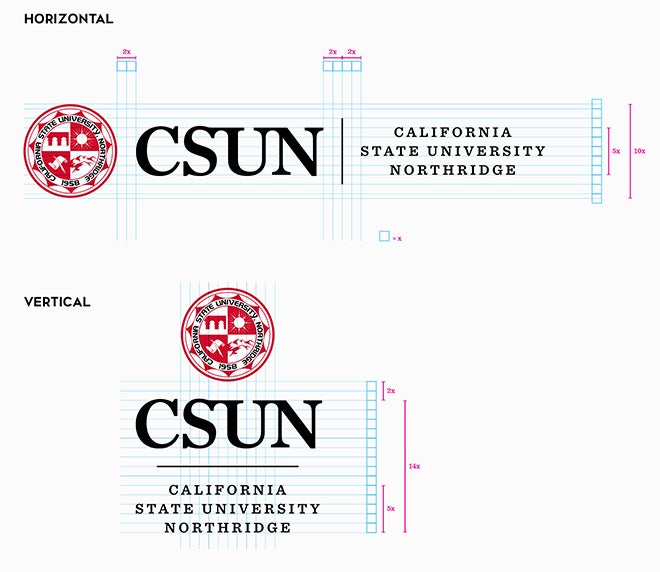 The official wordmark should appear in a prominent position, preferably in the bottom right or top left corner, on all communications. The wordmark should not be used as body copy in ads, fliers, or other publications. It should be placed prominently and separate from other copy and/or elements in all layouts.

An area surrounding the logo equal to 3/5 of the cap height (5x), should be kept clear of any copy or imagery layouts.

This page outlines the appropriate color usage of the CSUN logo and its variations. 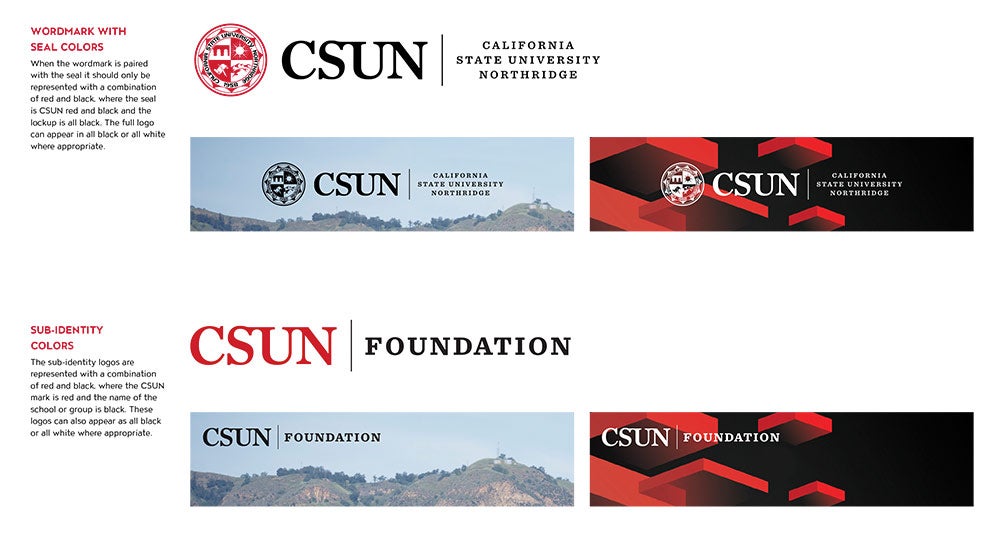 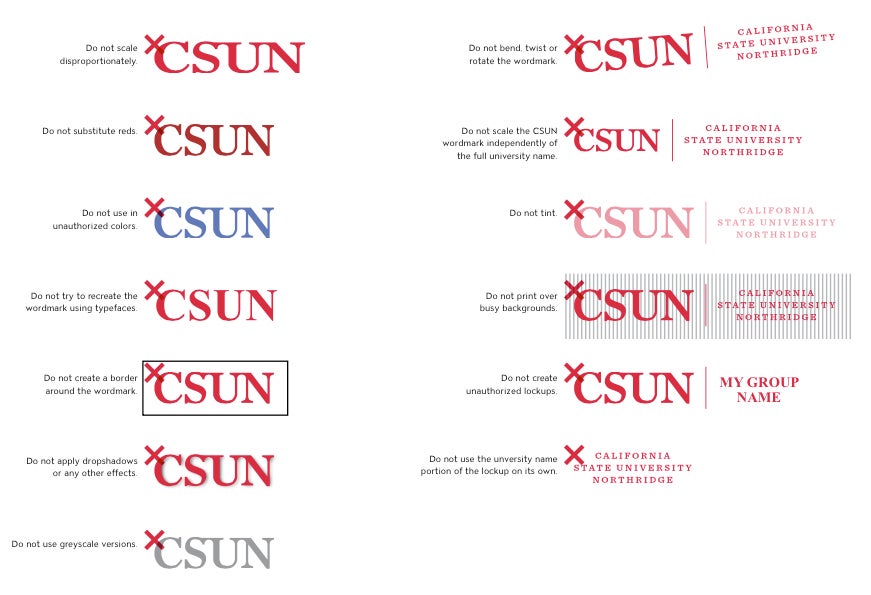 As was the case with the CSUN Oviatt library banners, these guidelines may require modification to allow for appropriate placement. Ideally, the Matador should not be flipped, nor should the CSUN logo be split up into four letters. For exceptions to the guidelines, please contact the Marketing and Communications office.