About the CSUN STARTALK Russian Language and Culture Immersion Program

California State University, Northridge is offering an exceptional opportunity to college students to develop foreign language skills in Russian. This language program is unique because it offers a STARTALK curriculum that promotes and strengthens participating students’ knowledge base and understanding of Russian language and culture and connects the language development of each student with the content in his or her academic discipline via authentic written material and oral interaction in the target language. The program strengthens students’ speaking ability, advances their reading and writing skills, monitors their learning progress, and integrates the Russian language with their knowledge of current affairs. About the STARTALK Program continues

On behalf of the entire STARTALK team, I extend my heartfelt thanks to you for your Summer 2021 program. It was a winter and spring of uncertainty, but you managed to meet the challenges and implement a STARTALK program. It took courage to plan for a program when there were so many unknowns—nationally and locally—and we are most grateful for your perseverance.

On behalf of your program’s participants, I thank you for your passion and your commitment. Your love of languages and teaching them to others is apparent. You have changed lives this summer by expanding horizons and increasing skills. Many students will continue to study their STARTALK languages and most teachers will return to the classroom with renewed energy and transformed by the training you provided. 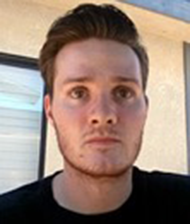 Noah Lloyd has been a student in the Russian Minor program at California State University, Northridge since August of 2012. He went from not knowing a word in Russian to becoming a near-native speaker.

In addition to studying Russian, he was accepted to a very prestigious program called the Strategic Language Immersion Program, which took place over the course of two years. The final step of this program was a 6-week study abroad session in Moscow in 2013, at the Russian State University for the Humanities. During the summer, he was a dedicated student and improved all his Russian skills. He worked on a project titled "Russian-American International Relations: The Past, Present, and Future." His mentor during the program was a Russian University professor teaching Russian-American relations.

Upon completion, Noah became a teaching assistant in the Startalk Russian Language and Culture Immersion Program, which is 6-week summer program at CSUN, focusing on the studies of the Russian language and culture. This program is funded annually by the Department of Defense and the Department of Education, and Noah was able to display his leadership skills during two separate summer sessions. Noah was also a teaching assistant during regular school semesters in all my Russian classes over the course of two years.

In addition to all his success in Russian studies, Noah became the president of the Russian Culture Club here at CSUN for 2 years.

Noah’s next adventure is in Ukraine, as he embarks on the journey of volunteering as an English teacher with the Peace Corps for 27 months. His adventure continues, the last semester he was teaching English in one of the schools in Saint Petersburg, Russia, and enjoying the beauty of the Russian art and architecture.

In conclusion, he was a wonderful asset to our Russian Studies department. We are all very proud of all of Noah’s achievements over the years.

My name is Franky Telles, and I am a geoscientist and a physical science educator, as well as alumni of the STARTALK Russian Language and Culture Immersion Program. After completing this program abroad in Moscow, I decided to teach English and network with Russian scientists for several years. The program enhanced my language communication skills, increased my ability to understand Russian scientific literature, and presented me with the opportunity to freely travel throughout the Arctic and the Caucasus to allow me better understand the causes and effects of the changing climate. 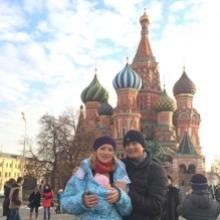 Today, my Russian-language skills enhance my teaching position of oceanography and geology at Glendale Community College. I am also a Lecturer of Geology at the Department of Geological Sciences at CSUN. I am able to reach out to Russian-speaking students and inspire them to participate in environmental conservation. I am also married to a Russian native and we have two daughters.

This is a test. View the video