Tracy Lachica Buenavista is a Professor of Asian American Studies, a core faculty member of the Doctoral Program in Educational Leadership, and co-principal investigator and faculty mentor for the CSUN DREAM Center, among the earliest undocumented student resource projects established in the California State University system. In her research, she utilizes critical race theory to examine how race, (im)migration and carcerality shape the educational access, retention, and experiences of BIPOC students and educators. She has published various articles and book chapters and co-edited three books including Education at War! and “White” Washing American Education.

You possess critical experiential knowledge that translates to unparalleled problem-solving and navigational skills not only necessary to pursue higher education but to also transform it along the way. 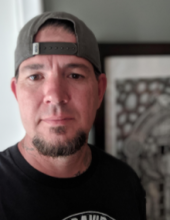 John Czifra graduated in 2019 in Communication Studies at CSUN and he is one of the co-founders of Revolutionary Scholars at CSUN.

Allen Eugene Lipscomb, PsyD, LCSW, Associate Professor in the Social Work Department at Cal State University Northridge. His areas of research are centered on the psychiatric epidemiology among racialized and marginalized individuals who have experienced trauma (i.e. complex trauma, traumatic-grief and race-based trauma).

I believe in the power of psychological, spiritual, and emotional justice by way of reimagined healing for those students who had past experiences with being incarcerated.

Marta López-Garza holds a joint position in Gender & Women’s Studies and Chicana/o Studies Departments. As a community-based researcher, López-Garza has worked with formerly incarcerated women for the past 15 years. Her 2010 documentary, “When Will the Punishment End?”  (www.whenwillthepunishmentend.net) is on formerly incarcerated women and she is in the process of making a sequel. For 3 years, she co-facilitated CSUN’s formerly incarcerated student organization, Revolutionary Scholars, and is on the Board of Directors for A New Way of Life Reentry Project, a South LA organization that provides housing, legal services, advocacy and leadership development for women rebuilding their lives after prison. There are many reasons she supports formerly incarcerated students, including the fact that students are taking the lead in the current activism around BLM and abolition to fight against racism and neoliberal policies. 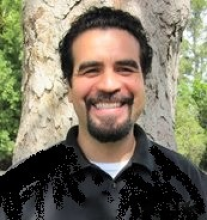 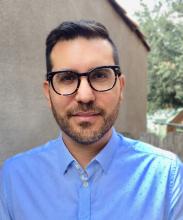 Dr. Daniel Olmos is an Assistant Professor of Sociology at CSUN. His teaching and research interests are in issues of racial capitalism, immigration, urban sociology, state power, and globalization. I support formerly incarcerated and systems impacted students because their experiences and perspectives are critical to creating a more just society for all of us. 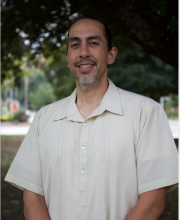 José Miguel Paez, (He/Him/His), Assistant Professor, joined the CSUN faculty in the fall of 2009 as a full-time lecturer. He received his MSW from the University of Southern California in 2001. He earned his Ed.D from CSUN in 2020. His theoretical/research interests include decolonization, anti-colonial practice, critical race theory, feminism, intersectionality, liberation and transformative based-healing, historical trauma and healing centered engagement. Prior to teaching, he served as a bilingual outpatient clinician at Hathaway-Sycamores Child and Family Services. José has a background in theatre, improv, spoken word, and was also a basketball coach at various levels for over 10 years.

In my career as a teacher and social worker, I have had the opportunity to learn alongside, be inspired and humbled by the gifts of creativity, resourcefulness, and determination that formerly incarcerated students share. They have taught me the valuable lessons of vulnerability, authenticity, and integrity. It is a great honor to be part of PRCAC and engage in the critical work of supporting formerly incarcerated students.

Appointed in June 2010, Dr. William Watkins reports to the President, serves on the President’s Cabinet, and provides leadership to fourteen departments and units within the Division of Student Affairs that facilitate student access and enrollment, support services, co-curricular engagement, and development outside the classroom. He serves as an advocate for student equity, supports student success and well-being, and promotes student ethical development. Vice President Watkins is a graduate of Cal State Northridge, earning his bachelor’s degree in Urban Studies and serving as the first elected African American Student Body President.  He attended the University of Southern California and earned a master’s in Public Administration, and he earned a doctorate in Education Leadership from the University of California, Los Angeles. 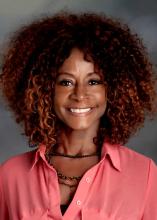 Dr. Theresa White serves as Chair and Professor in the Department of Africana Studies, V.P. of the Faculty Academic Senate, Director of the University Black House, Co-Chair of the Black Student Success Council (BSSC) and on the President’s Commission for Diversity and Inclusion at CSUN. Having received her PhD. and M.A. from the University of California, Los Angeles (UCLA), and a B.A. from the University of Southern California (USC), she is a creative scholar, whose interests include Black Cultural Studies; Black Feminist Theory; Film Criticism; Documentary Film Production; Visual Sociology; Critical Media Literacy; Sexuality; Masculinity and Health Disparities for Communities of Color. She has taught at the University of California (UCLA) and Loyola Marymount University (LMU) in Los Angeles. She is the former director of the Dubois Hamer Institute for Academic Achievement, the Co-Director of the CSUN Civil Discourse and Social Change (CDSC), and a member of the National Council for Black Studies (NCBS), the CSU Council on Ethnic Studies (CSUCES) and the International Visual Sociology Association. A producer and director of educational documentary films, her research has appeared in the Journal of Black Studies (JBS), Journal of International Women’s Studies (JIWS), Interactions: Studies of Communication and Culture, Journal of Visual Literacy (JVL), British Journal of Medicine and Medical Research, McFarland Press and IGI Global International Publishers.

Why I support formerly incarcerated students:
Formerly incarcerated college students – like all students – are often managing challenges that can compromise their ability to persist. Creating an inclusive environment where all voices are heard, should be a cornerstone of public education. These students deserve to be integrated into society, and be provided equal opportunities to maximize their potential. 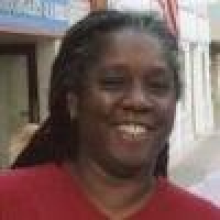 I believe in giving people opportunities to succeed. If those before me had not made sacrifices, cleared paths for me, then I would not be the person I am today. I am dedicated to clearing paths for others, sharing what I know, and providing opportunities for others to find success. 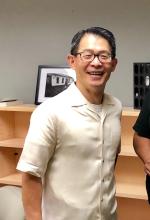 In 2015, a few of us in Sacramento State where I served as Chair in the Sociology department formed a task force to apply and plan for a Project Rebound (PR) program. In the ensuring years, I served as the faculty advisor for Sociology PR majors and got to know them very well. In Fall 2019 when I joined CSUN as the Associate Dean in the College of Social and Behavioral Sciences, I continued my involvement in and support for PR. Going forward, if needed I can serve as the go-between among the program, departments, colleges, and campus administration.