HSI Pathways to the Professoriate

Pathways to the Professoriate 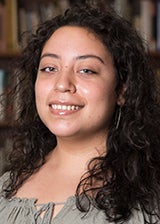 Shawntel graduated from CSUN with a double major in Chicana/o Studies & Linguistics and a minor in Geography, and was named the Wolfson Scholar for CSUN’s class of 2018.  She was also a Sally Casanova Scholar.  Her research project "Salvadoran-disaporic Communities and Dialect Convergence with Other Spanish-speaking Communities" was overseen by HSI Pathways/Mellon Faculty Mentor David Medeiros of the Department of Linguistics. Shawntel’s research interests include sociolinguistics, Central American linguistic accommodation, and ethnic identity construction.  She is currently a student in the Linguistics doctoral program at The Ohio State University. 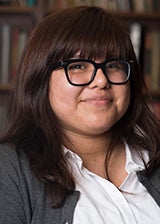 Elizabeth graduated from CSUN with a major in History. Her research project "Euripidean Tragedy: The Stage for Democracy and Patriarchy" was overseen by John Paul Nuño of the Department of History. She focuses on the Ancient world, particularly Greece and Rome. Interested in the transition of the Roman Republic to Empire, her research primarily focuses on political power dynamics as they shape constructions of gender and the domestic world. Ellie's research interests also include Euripidean tragedies, interdependence of government and patriarchy, and Ancient religion.  Ellie is currently a student in the History doctoral program at the University of Minnesota. 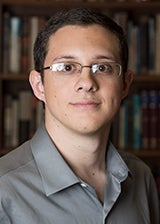 Jared graduated from CSUN with a double-major in Religious Studies and Linguistics and a minor in Anthropology. His research project “On the Incorporation of Chán Doctrine and Practice by Fouguang Prosperity Theology” was overseen by HSI Pathways/Mellon Faculty Mentor Xochitl Alvizo of the Department of Religious Studies. Jared’s research interests include Chinese religions, specifically Taoism and Buddhism. He is currently a student in the Religious Studies doctoral program at Arizona State University. 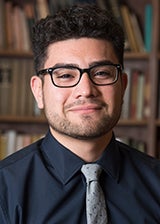 Brian Mercado
Sociology, The Graduate Center at the City University of New York

Brian graduated with honors from CSUN with a major in Sociology, and received the award for Outstanding Student Accepted to Graduate School from the Department of Sociology. His research project "High School Administrators' Perceptions of the Strengths of and Barriers for Low-income Students of Color with Behavioral, Emotional, and Educational Challenges" was overseen by HSI Pathways/Mellon Faculty Mentor Moshoula Capous-Desyllas of the Department of Sociology.  Brian’s research interests include education, the school-to-prison pipeline, qualitative methodologies, race and ethnicity, and social stratification. He is currently a student in the Sociology doctoral program at The Graduate Center at the City University of New York and is pursuing a certificate in American Studies. 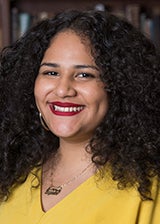 Yaquelin graduated from CSUN with a major in Sociology.  Her research project “Reclaiming Space: Latina Feminist Poetry as Resistance in Los Angeles” was overseen by HSI Pathways/Mellon Faculty Mentor Frances Gateward of the Department of CTVA.  Yaquelin’s research interests include performance in communities of color and Critical Race Theory.  She is currently a student in the Performance Studies doctoral program at Northwestern University.

Kiara graduated from CSUN with a double major in Chicana/o Studies and Psychology. While at CSUN, she served as a Research Assistant in the Carcerality Research Lab. Her research project “Parole Suitability for Latinx Migrant Lifers in California Prisons: Psychological Evaluations” was overseen by Martha Escobar of the Department of Chicana/o Studies. Kiara’s research interests include immigration, incarceration, carceral traumas, race and gender violence, decolonial feminism.  She is currently a student in the American Studies doctoral program at the University of Minnesota and is pursuing a minor in Race, Indigeneity, Gender, & Sexuality (RIGS). 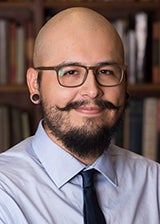 Hermes graduated with honors from CSUN with a double major in Philosophy and Religious Studies.  His research project “The Role of Mestizaje in Latin American Philosophy” was overseen by HSI Pathways/Mellon Faculty Mentor Linda Alvarez of the Department of Central American Studies. Hermes’ research interests include political philosophy and just war theory. His latest research considered the impact of combat experiences of World War II veterans on the epistemological foundations of just war theory.  He is currently a student in the Philosophy doctoral program at the University of California, Davis. 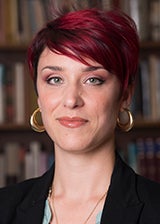 Eryn graduated with honors from CSUN with a major in Anthropology and a minor in Queer Studies.  She received the Keith Morton Memorial Scholarship for Cultural Anthropology.  Her research project “Appropriate Culture? Complexities of Dress in the Life of Beatrice Wood” was overseen by Mario Ontiveros of the Department of Art.  Eryn’s research interests include textiles and identity, semiotics of clothing, and folk costume.  She is currently a student in the Anthropology doctoral program at the University of Michigan.