The Wind in My Hair: My Fight for Freedom in Modern Iran - A Book Talk by Masih Alinejad 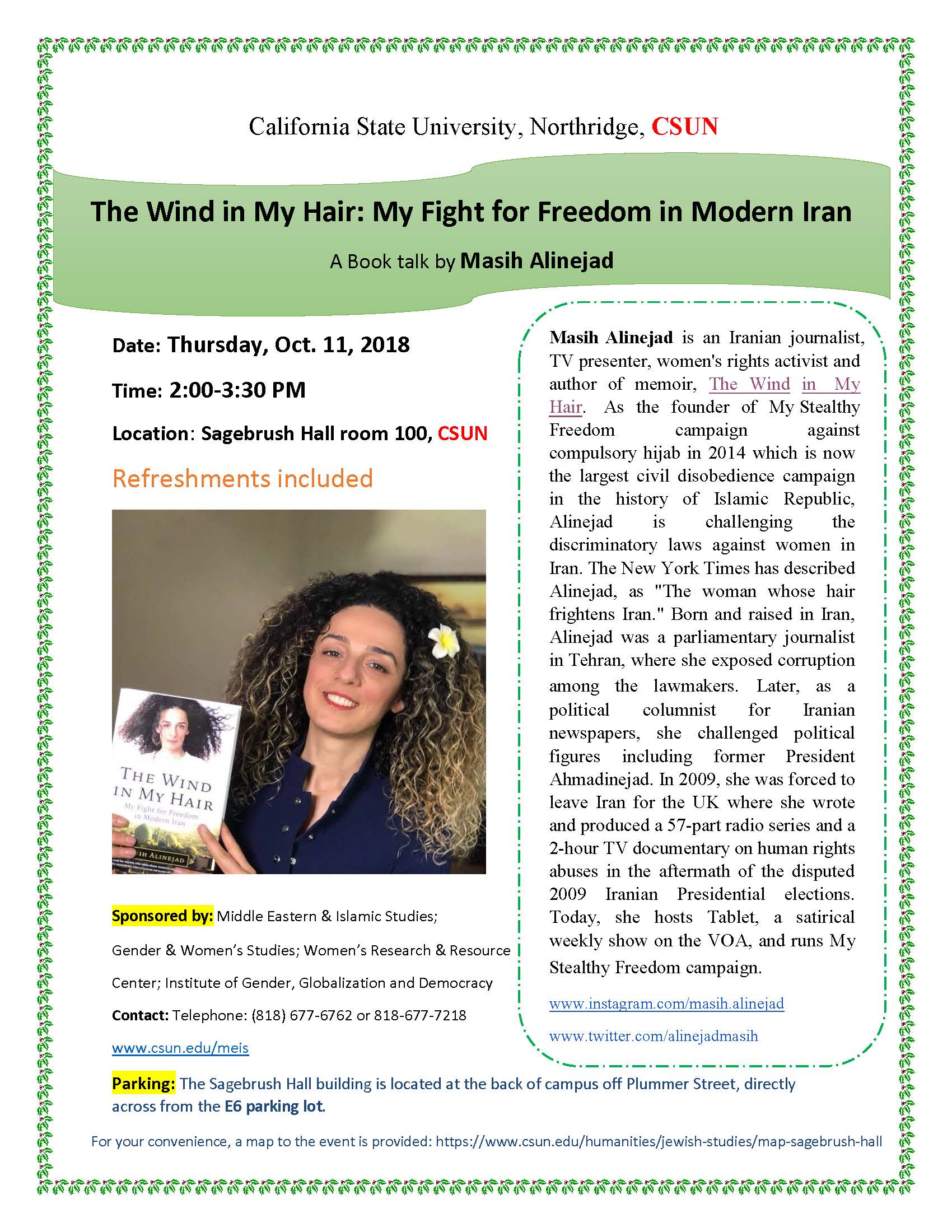 Masih Alinejad is an Iranian journalist, TV presenter, women's rights activist and author of The Wind in My Hair. As the founder of My Stealthy Freedom campaign against compulsory hijab in 2014 which is now the largest civil disobedience campaign in the history of Islamic Republic, Alinejad is challenging the discriminatory laws against women in Iran. The New York Times has described Alinejad, as "The woman whose hair frightens Iran." Born and raised in Iran, Alinejad was a parliamentary journalist in Tehran, where she exposed corruption among the lawmakers. Later, as a political columnist for Iranian newspapers, she challenged political figures including former President Ahmadinejad. In 2009, she was forced to leave Iran for the UK where she wrote and produced a 57-part radio series and a 2-hour TV documentary on human rights abuses in the aftermath of the disputed 2009 Iranian Presidential elections. Today, she hosts Tablet, a satirical weekly show on the VOA, and runs My Stealthy Freedom campaign.

Parking: The Sagebrush Hall building is located at the back of campus off Plummer Street, directly across from the E6 parking lot.

For your convenience, a map to the event is provided: https://www.csun.edu/humanities/jewish-studies/map-sagebrush-hall