Muslim China: Perils and Prospects of the New Silk Road 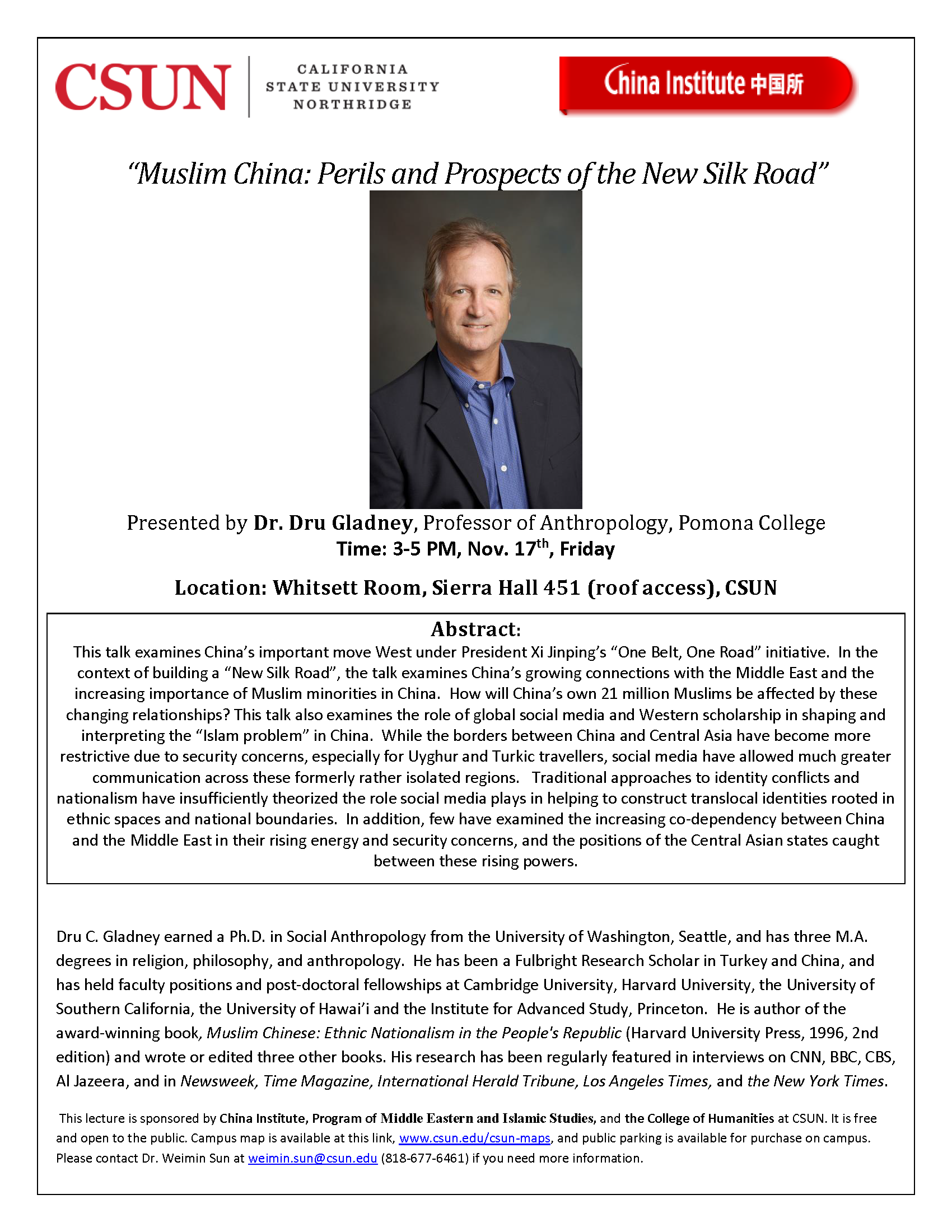 This talk examines China’s important move West under President Xi Jinping’s “One Belt, One Road” initiative. In the context of building a “New Silk Road”, the talk examines China’s growing connections with the Middle East and the increasing importance of Muslim minorities in China. How will China’s own 21 million Muslims be affected by these changing relationships? This talk also examines the role of global social media and Western scholarship in shaping and interpreting the “Islam problem” in China. While the borders between China and Central Asia have become more restrictive due to security concerns, especially for Uyghur and Turkic travellers, social media have allowed much greater communication across these formerly rather isolated regions. Traditional approaches to identity conflicts and nationalism have insufficiently theorized the role social media plays in helping to construct translocal identities rooted in ethnic spaces and national boundaries. In addition, few have examined the increasing co-dependency between China and the Middle East in their rising energy and security concerns, and the positions of the Central Asian states caught between these rising powers.

Dru C. Gladney earned a Ph.D. in Social Anthropology from the University of Washington, Seattle, and has three M.A. degrees in religion, philosophy, and anthropology. He has been a Fulbright Research Scholar in Turkey and China, and has held faculty positions and post-doctoral fellowships at Cambridge University, Harvard University, the University of Southern California, the University of Hawai’i and the Institute for Advanced Study, Princeton. He is author of the award-winning book, Muslim Chinese: Ethnic Nationalism in the People's Republic (Harvard University Press, 1996, 2nd edition) and wrote or edited three other books. His research has been regularly featured in interviews on CNN, BBC, CBS, Al Jazeera, and in Newsweek, Time Magazine, International Herald Tribune, Los Angeles Times, and the New York Times.

This lecture is sponsored by China Institute, Program of Middle Eastern and Islamic Studies, and the College of Humanities at CSUN. It is free and open to the public. Campus map is available at this link, www.csun.edu/csun-maps, and public parking is available for purchase on campus.