How Muslims Fight Back Islamic Extremism 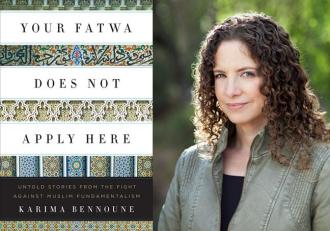 Karima Bennoune, an international human-rights lawyer, professor and activist, interviewed nearly 300 people from almost 30 countries, from Afghanistan to Mali to illuminate the inspiring stories of those who represent one of the best hopes for ending fundamentalist oppression worldwide. Her writing has appeared in many leading academic journals. She has also been a consultant for the International Council on Human Rights Policy, the Coalition to Stop the Use of Child Soldiers, and UNESCO.

The Middle Eastern and Islamic Studies (MEIS) Program at CSUN is an interdisciplinary minor offering courses in the languages, histories, religions, cultures, sociology and politics of the Middle East. It seeks to enhance students’ understanding of Islamic cultures and the Muslim communities both internationally and within the United States: http://www.csun.edu/humanities/middle-eastern-and-islamic-studies