The Feeling of Being Watched, a film by Assia Boundaoui 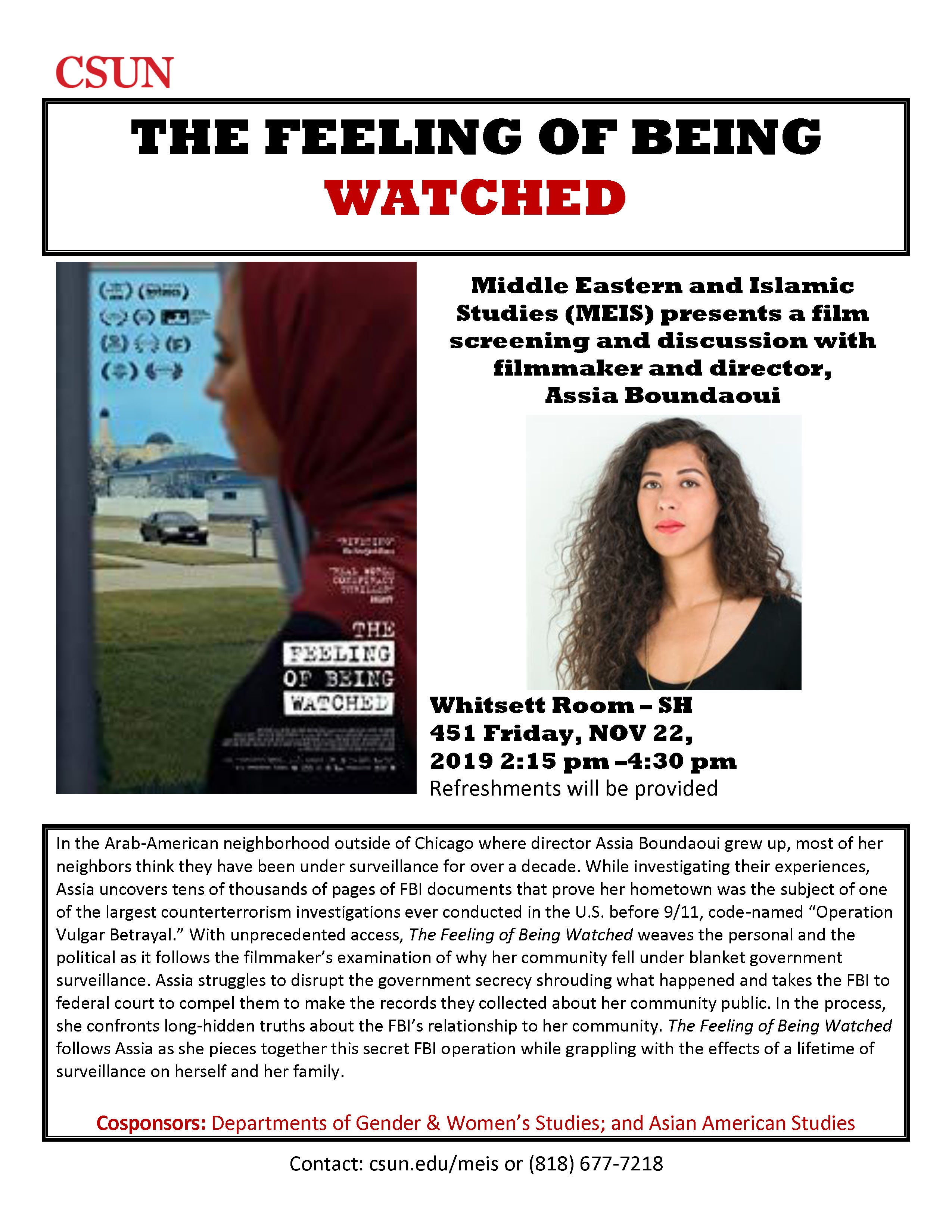 The Feeling of Being Watched

Refreshments will be provided

In the Arab-American neighborhood outside of Chicago where director Assia Boundaoui grew up, most of her neighbors think they have been under surveillance for over a decade. While investigating their experiences, Assia uncovers tens of thousands of pages of FBI documents that prove her hometown was the subject of one of the largest counterterrorism investigations ever conducted in the U.S. before 9/11, code-named "Operation Vulgar Betrayal." With unprecedented access, The Feeling of Being Watched weaves the personal and the political as it follows the filmmaker's examination of why her community fell under blanket government surveillance. Assia struggles to disrupt the government secrecy shrouding what happened and takes the FBI to federal court to compel them to make the records they collected about her community public. In the process, she confronts long-hidden truths about the FBI's relationship to her community. The Feeling of Being Watched follows Assia as she pieces together this secret FBI operation while grappling with the effects of a lifetime of surveillance on herself and her family.