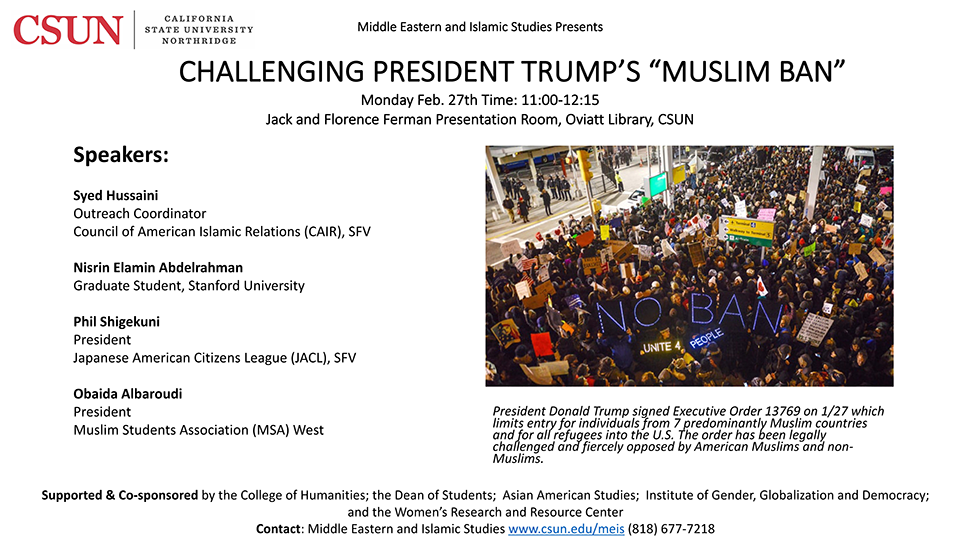 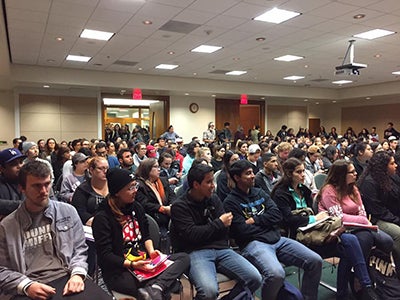 President Donald Trump signed Executive Order 13769 on 1/27 which limits entry for individuals from 7 predominantly Muslim countries and for all refugees into the U.S.
The order has been legally challenged and fiercely opposed by American Muslims and non-Muslims.

Supported & Co-sponsored by the College of Humanities; the Dean of Students;  Asian American Studies;  Institute of Gender, Globalization and Democracy; and the Women’s Research and Resource Center.