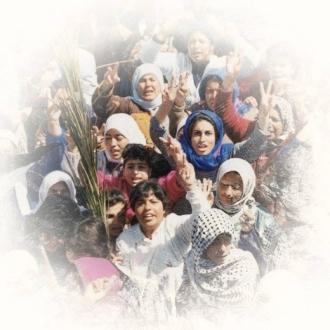 Join Middle Eastern and Islamic Studies (MEIS) at CSUN for a film screening and discussion of the award-winning film, Naila and the Uprising, directed by Julia Bacha. The screening will be followed by a discussion with Professor Rana Sharif (Gender and Women's Studies and MEIS) and Dr. Jody Myers (Jewish Studies, Religious Studies, MEIS), moderated by Dr. Nayereh Tohidi (GWS and MEIS).

About the film: When a nation-wide uprising breaks out in the Occupied Palestinian Territories, a young woman in Gaza must make a choice between love, family, and freedom. Undaunted, she embraces all three, joining a clandestine network of women in a movement to force the world to recognize the Palestinian right to self-determination. Naila and the Uprising chronicles the remarkable journey of Naila Ayesh and a fierce community of women at the front lines, whose stories weave through the events of the 1987 Intifada. 76 minutes. In Hebrew and Arabic with English subtitles.

For more information, please contact the Middle Eastern and Islamic Studies Program at (818) 677-7218.