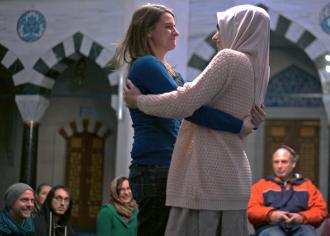 Armin Langer is founder of the European grass roots organization called the Salaam-Shalom Initiative.  With branches in five countries and seven cities, the Salaam Shalom Initiative brings Jews, Muslims, and allies together for discussions and public activism.  They unite against the fear-mongering from the far right, which seeks to pit these minorities against each other and harm their well-being.

This talk is being held during a regularly scheduled class. Everyone is invited, but space is limited. Please call (818) 677-4724 or email jewish.studies@csun.edu to request a seat.