The Phenomenal Woman Awards event celebrates women who have made outstanding contributions to our community through their scholarship, activism, and commitment to excellence. It also allows the Gender & Women’s Studies Department to raise funds to sponsor special programming, support student and faculty research, and finance scholarships for Gender and Women's Studies students. In addition, these contributions support the CSUN Women’s Resource and Research Center, the oldest continuing Women’s Center within the California State University system.
This year, at the 13th Biennial Phenomenal Woman Awards, we will celebrate the 25th anniversary of the Gender and Women’s Studies Department, and the 45th anniversary of the CSUN Women’s Research and Resource Center. 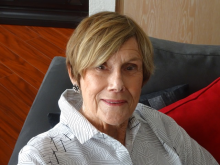 Elizabeth Berry was a founder of Gender and Women’s Studies and the recipient of a CSUN Gender and Women’s Studies Phenomenal Woman Award. She served as the first coordinator of the new Women’ s Studies Program in 1977, introducing and teaching many of the classes in the program. She has served CSUN as  Faculty President, Associate Vice President, Academic Affairs, Director of Faculty Development and chair of the Communication Studies Department. Her recently co-edited book, Learning From the Learners, based on a seven-year study of CSUN students, was published this year. 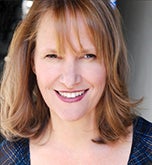 Jennifer Berry earned her B.A. from USC and her M.F.A. from San Francisco State University. She has been a proud member of the GWS faculty since 2005. Her teaching, writing and activism dive into the themes of women & family. She is fiercely dedicated to writing and teaching about social and political issues. She has organized several performances on campus to stand up against Violence Against Women. As a writer, she has been featured in Ms. Magazine, Howl Round, and several other feminist publications and is an internationally produced playwright.

Melina Abdullah is Professor and Chair of Pan-African Studies at CSULA.  She earned her Ph.D. from USC and her B.A. from Howard University. Abdullah is the author of numerous articles and book chapters, with subjects ranging from political coalition building to womanist mothering. She is a leader in the fight for Ethnic Studies and was a part of the historic victory that made Ethnic Studies a requirement in the LAUSD. She was among the original group of organizers that convened to form Black Lives Matter.  She is co-host and co-producer of the weekly radio program Beautiful Struggle, and hosts and produces the weekly internet radio show “Move the Crowd.” Abdullah was instrumental in replacing Columbus Day with Indigenous People’s Day. She is featured in the films Waking the Sleeping Giant, 13th, When Justice Isn’t Just, and Justice or Else and the television series Two Sides. 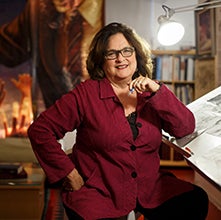 CSUN alumna, Judy Baca, is a painter and muralist, monument builder, and scholar who has been teaching art in the UC system since 1984. She founded the first City of LA Mural Program in 1974, which evolved into a community arts organization – the Social and Public Art Resource Center (SPARC). Baca’s public arts initiatives reflect the lives and concerns of disenfranchised populations, including women, the working poor, youth, the elderly, LGBT and immigrant communities. Baca’s work is monumental, both in space and time: The Great Wall of LA is ‘tattooed’ along a flood control channel in the San Fernando Valley and employed over 400 at-risk youth and their families working with artists, oral historians, ethnologists, scholars, and hundreds of community members.  It depicts a ½ mile long multi-cultural history of California from pre-history through the 1950’s. 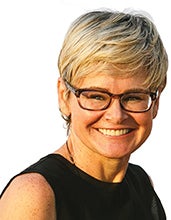 Sandra Harding is a Distinguished Research Professor Emerita of Education and Gender Studies at UCLA. She is a philosopher who taught for two decades at the University of Delaware before moving to UCLA in 1996. Harding directed the UCLA Center for the Study of Women and co-edited the journal Signs: Journal of Women in Culture and Society. She was a Distinguished Affiliate Professor of Philosophy at Michigan State University. She was awarded the John Desmond Bernal Award by the Society for the Social Studies of Science, and was awarded the Diane Middlebrook and Carl Djerassi Visiting Professorship in Gender Studies at Cambridge University. She is the author or editor of 17 books and special journal issues, and has consulted to such international agencies as the Pan American Health Organization, UNIFEM, the UN Commission on Science and Technology for Development, and UNESCO.

Nayereh Tohidi is Professor Emerita and former chair of Gender & Women’s Studies and the founding director of Middle Eastern and Islamic Studies at CSUN. She is a Research Associate of Iranian Studies and the Center for Near Eastern Studies of UCLA. Her teaching and research expertise include gender and development, women’s movements, feminism and Islam, and ethnic issues in the MENA. She is the recipient of several grants, fellowships and research awards, including a year of Fulbright lectureship and research at the Academy of Sciences of the Soviet Republic of Azerbaijan; universities of Harvard and Stanford, and Kennan Institute of the Woodrow Wilson Center. Her extensive publications include editorship or authorship of three books. Tohidi has also served as a consultant to the United Nations (UNICEF and UNDP), and represented women NGOs at both the third and fourth World Conferences on Women.