The Phenomenal Woman Awards event celebrates women who have made outstanding contributions to our community. It also allows the Gender & Women’s Studies Department to raise funds to sponsor special programming, support student and faculty research, and finance scholarships for Gender and Women's Studies students. In addition, these contributions support the CSUN Women’s Resource and Research Center, the oldest continuing Women’s Center within the California State University system.
This year, at the 11th Biennial Phenomenal Woman Awards, we are pleased to honor women who have made extraordinary contributions to our community through their scholarship, activism, and commitment to excellence. Awardees for 2014 include Iranian-American writer and human rights activist Parvaneh Bahar, Academy and Emmy Award winning director Freida Lee Mock, civil rights activist and teacher Dorothy Wood Lawson, and scholar and community activist Michelle Rehaja. 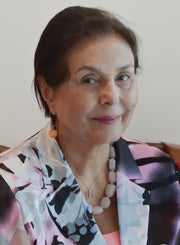 As the daughter of Malek o' Shoara Bahar, Parvaneh grew up amidst the intellectual and political turmoil surrounding this famous but persecuted writer, academic and politician involved in the democracy movement in Iran. Suffering through his imprisonments, sharing his exile, and accompanying him to Switzerland to seek a cure for his tuberculosis, she absorbed his teaching and his passion for the freedom and dignity of all people. These themes became a template for her own life, and she carried them with her when she came to the US in the 1950s as the young wife of a diplomat, learning the ropes as a Washington hostess while throwing herself into the Women’s Movement and marching behind Dr. Martin Luther King in Alabama.

Parvaneh's memoir portrays the Iran in the early and mid 20th century and the vital role her father played as the "King of Poets".  He is still revered as the greatest poet and visionary of the 20th century.  In street protests in 2009 street demonstrators sang his poems of freedom. Her life has been dedicated to fighting for social justice for all including equal rights for women. She has given talks at Harvard University, Cornell University, Stanford University, Berkeley and others.  She was pleased to be one of the keynote speakers at the Iranian-American Women's conference in Washington D.C. and Irvine, CA. 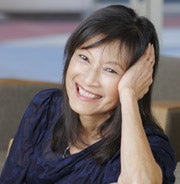 Freida Mock is an Academy and Emmy Award–winning filmmaker, and a director, writer and producer of feature length and short form theatrical documentary films. She won an Oscar for Maya Lin: A Strong Vision, a feature about the designer of the Vietnam Veterans Memorial in Washington, D.C. Mock’s other Oscar nominated films include: Rose Kennedy, a Life to Remember; SING! About one of the best children’s chorus in the US; Never Give UP, about the holocaust survivor and conductor Dr. Herbert Zipper; and To Live or Let Die, a story about medical ethics. Mock’s newest feature documentary film ANITA – Speaking Truth to Power, about the life and times of Anita Hill, had its World Premiere at the 2013 Sundance Film Festival and was released nationally in March 2014 by Samuel Goldwyn Films. ANITA has also been selected for the 2014 American Film Showcase to be shown at US embassies around the world. 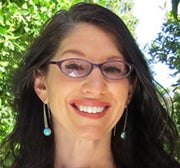 Dr. Raheja has served as Director of the California Center for Native Nations at UC Riverside, co-organized a milestone conference on Native American stage dance, and organized one of the first Indigenous hip hop symposia and concerts.  In recognition of her work in global Indigenous media, she was awarded a Fulbright Fellowship to conduct research on Sami hip hop and visual culture at the University of Tromsø/Romssa universitehta, Centre for Sámi Studies/Sámi dutkamiid guovddás, in Norway/Sápmi.

Additionally, Dr. Raheja is the author of numerous articles and Reservation Reelism: Redfacing, Visual Sovereignty, and Representations of Native Americans, a landmark study of the Native American filmmakers, actors, and spectators who helped shape, contest, and complicate Hollywood’s representations of Indigenous peoples from the silent film era to the present. 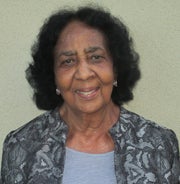 A devoted wife, mother and grandmother, Dorothy remains a tireless humanitarian.  As the wife of one of the nation's most prominent leaders, Dorothy opened her home to many--friends and strangers alike, lobbied for better treatment of women and people of color, boycotted and participated in sit-ins.

As an example, during the 1960 Voter Registration Campaign, known as "Mississippi Summer," the NAACP Legal Defense Fund could not find office space in Mississippi.  Dorothy opened an office in Memphis, Tennessee, coordinating the schedules of volunteer attorneys from throughout the country who offered their services during this historic period.

Dorothy's passion for peace and justice continues through her volunteer work with adult literacy, Holman United Methodist Church, and other community groups.  She has received numerous awards in recognition for her services