The Phenomenal Woman Awards event celebrates women who have made outstanding contributions to our community. It also allows the Gender & Women’s Studies Department to raise funds to sponsor special programming, support student and faculty research, and finance scholarships for Gender and Women's Studies students. In addition, these contributions support the CSUN Women’s Resource and Research Center, the oldest continuing Women’s Center within the California State University system. 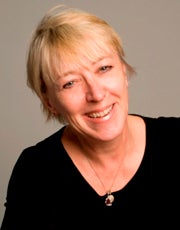 Jody Williams received the Nobel Peace Prize in 1997 for her work as founding coordinator of the International Campaign to Ban Landmines (ICBL). At that time, she became the 10th woman in its almost 100-year history to receive the Prize. Since 1998, she has served as a Campaign Ambassador for the ICBL, speaking on its behalf all over the world. Williams has worked with the Nobel Women’s Initiative, which she chairs, since 2006.

She holds the Sam and Cele Keeper Endowed Professorship in Peace and Social Justice at the Graduate College of Social Work at the University of Houston where she has been teaching since 2003. In academic year 2012-2013, she became the inaugural Jane Addams Distinguished Visiting Fellow in Social Justice at the University of Illinois at Chicago. Her new memoir on life as a grassroots activist, My Name is Jody Williams: A Vermont Girl’s Winding Path to the Nobel Peace Prize, will be released in March 2013. 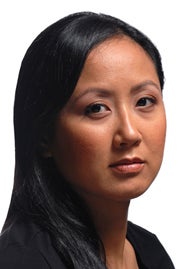 For over fifteen years Melissa Roxas has done community and social justice work in the United States and in the Philippines.  She is a co-founder of Habi Arts, a Los Angeles-based cultural organization dedicated to promoting community empowerment and social justice through the arts.

Melissa is a survivor of enforced disappearance and torture by the Philippine military.  While conducting health care work in the Philippines on May 19, 2009, she was abducted at gunpoint and held in secret detention in a Philippine military camp and tortured for six days.  Melissa continues to write and speak out against human rights violations and to demand justice for victims all over the world. 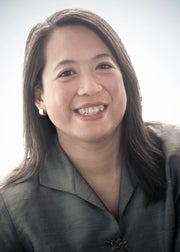 Chancee Martorell graduated from UCLA with a B.A. in Political Science and a M.A. in Urban Planning with a specialization in Urban Regional Development. She also studied Humanities at Chiang Mai University in Northern Thailand in 1988.

Engaged in social activism for the past 20 years, Martorell is currently the Executive Director of the Thai Community Development Center, a non-profit organization she founded in 1994 in an effort to improve the lives of Thai immigrants through services that promote cultural adjustment and economic self-sufficiency.

She is known most notably for her work on several major human rights cases involving Thai victims of human trafficking.  She is also a leading community development practitioner engaged in affordable housing development, small business promotion and neighborhood revitalization projects.  Under her leadership, Thai CDC played a pivotal role in the designation of the first Thai Town in the nation right here in East Hollywood. 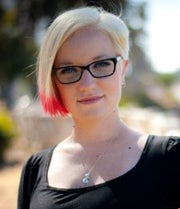 Lindsey Horvath is an Entertainment Advertising Executive at Cold Open, and served on West Hollywood’s City Council (May 2009-March 2011). She is Outreach Coordinator for V-Day's worldwide One Billion Rising Campaign, and serves as Vice Chair of the Transportation Commission for West Hollywood.

Her accomplishments include: President and Co-Founder of Hollywood NOW; President of NWPC-LA Westside; Chair of West Hollywood's Women's Advisory Board; Co-Chair of Women for Gavin Newsom with House Speaker Nancy Pelosi & Senator Dianne Feinstein; West Hollywood Plan B Access Committee; and Young Feminist Vice President of California NOW. She fought to secure funding and clear the backlog of untested rape kit evidence in the City and County of Los Angeles. Lindsey also initiated West Hollywood's first-ever Domestic Violence Community Response Team.  She is a graduate with honors of the University of Notre Dame where she earned a bachelor's of arts degree in Political Science and Gender Studies. 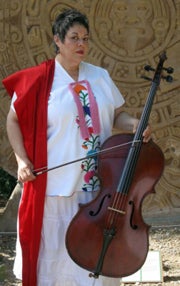 Through music and satire, she has created artistic explorations of women’s history, health, immigrant human rights, race and identity. Her concepts have been featured by Meet The Composer and Arts International as models of international artistic collaboration and she is the first Latina participant in the Ford Foundation's Africa Exchange Project, developing works about the African Diaspora in Mexico.

Often performing for standing-room only audiences, Gaitán has performed for audiences throughout the U.S. and in Portugal, including performances of Igor Stravinsky’s "The Soldier’s Tale," directed by Peter Sellars with the Los Angeles Philharmonic under the baton of Esa-Pekka Salonen.

From the stage to the courtroom, to the classroom and in healthcare, throughout her life, María Elena Gaitán has served the people of Los Angeles as a cultural and linguistic expert.

Click on row of pictures to enlarge and view the gallery.