Dr. Breny Mendoza is Professor of the Department of Gender and Women's Studies and Academic Lead of the M.A. program in Diverse Community Development Leadership at California State University, Northridge.

She received her Ph.D. from Cornell University in City and Regional Planning with an emphasis on feminist theory and Latin American Studies.  Her BA and MA in Political Science were obtained from the Ruprecht-Karl University of Heidelberg and the Free University of Berlin in Germany. Her research is focused in the areas of feminist decolonial theory, political theory, transnational feminism, and Latin American Studies. 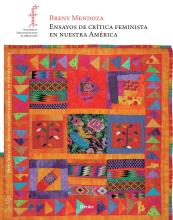 Her latest articles are:

"Can the Subaltern save us?" Tapuya: Latin American Science, Technology and Society, Volume 1, 2018 - Issue 1

“Coloniality of Gender and Power: From Postcoloniality to Decoloniality”  in the Oxford Handbook of Feminist Theory in April, 2015,