Women Comics of Color: A panel with Comics Artists Shawnee Gibbs, and Shawnelle Gibbs (The Gibbs Sisters) and MariNaomi 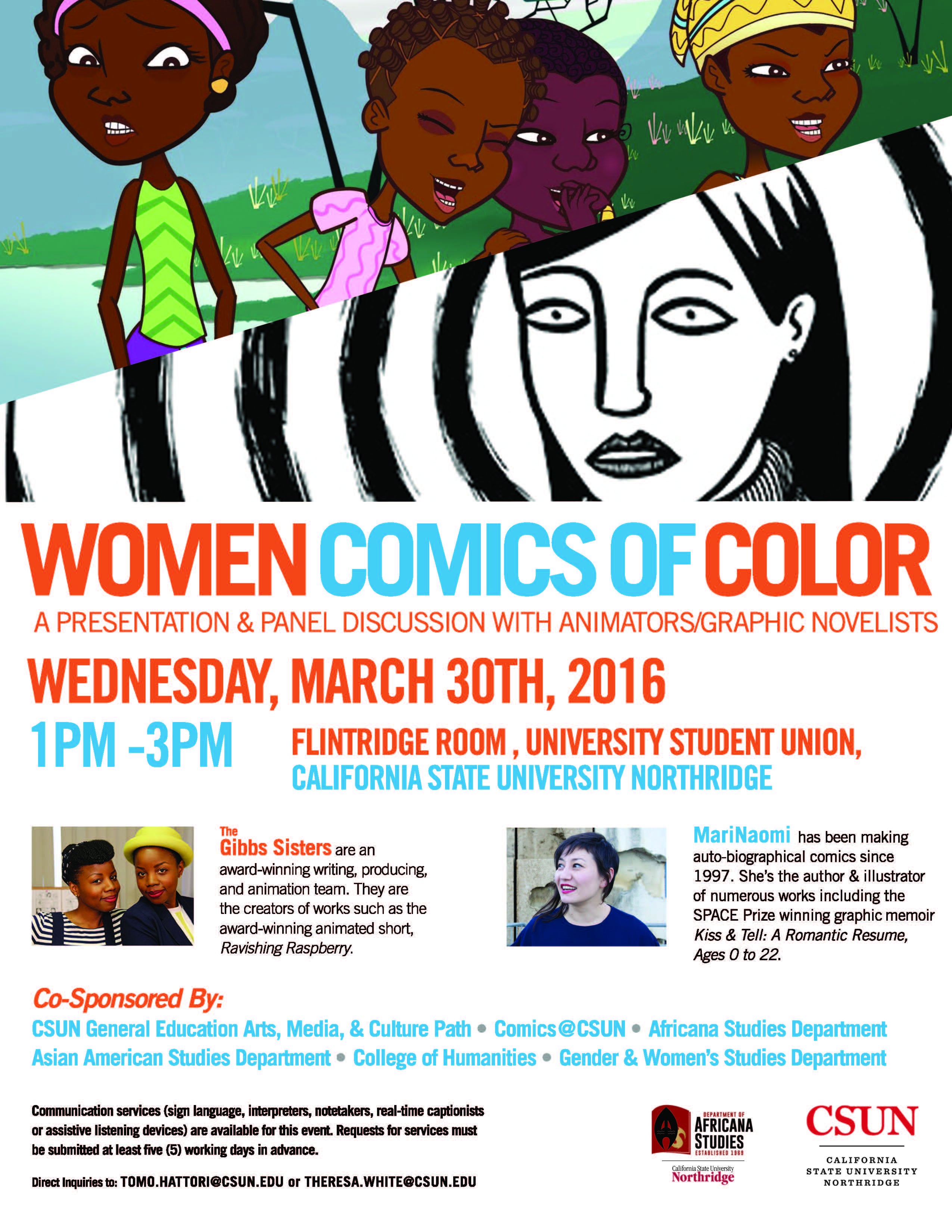 Women Comics of Color
A panel with Comics Artists
Shawnee Gibbs, and Shawnelle Gibbs (The Gibbs Sisters)
and
MariNaomi

The Gibbs Sisters are an award-winning writing, producing, and animation team. They are the creators of the award-winning animated short, Ravishing Raspberry, the popular online animated series Adopted by Aliens and Old Ladies Driving, the YA comic book series Fashion Forward, and the Tribeca-funded directorial short, Sule and the Case of the Tiny Sparks. Their other credits include Step It Up and Dance and individual credits for Top Chef, Project Runway, X-Factor, The Ultimate Fighter, National Geographic's Wicked Tuna, and contributions to Disney’s Emmy winning sitcom, Wizards of Waverly Place.

MariNaomi is the author and illustrator of the SPACE Prize-winning graphic memoir Kiss & Tell: A Romantic Resume, Ages 0 to 22 (Harper Perennial, 2011), the Eisner-nominated Dragon's Breath and Other True Stories (2D Cloud/Uncivilized Books, 2014), the upcoming Turning Japanese (2D Cloud, 2016), and the self-published Estrus Comics (1998 to 2009). Her work has been featured on The Rumpus, The Weeklings, and LA Review of Books.