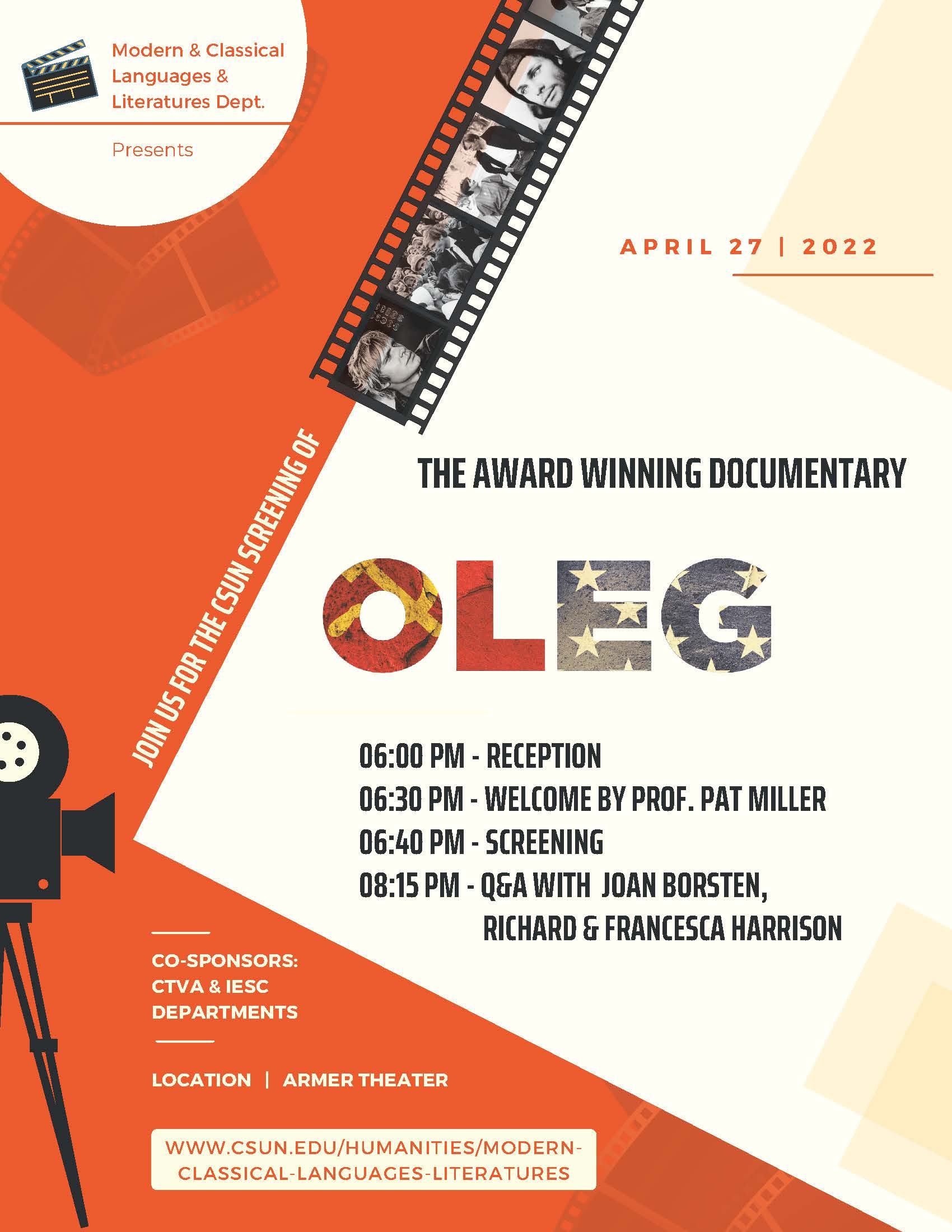 'Oleg' is a feature-length documentary that tells the life story of Oleg Vidov, one of the most famous Soviet film stars. Despite the fame, Oleg was unable to live in the suppressive Soviet state and in 1985, planned a bold escape to freedom in the west. Oleg's Italian connection is via Rome, Cinecittà, and his friendship with Richard and Francesca Harrison.

COMPOSER:  ANDREA GUERRA.  The award-winning Italian composer (“Hotel Rwanda,” “Pursuit of Happiness”) grew up with a foot in each world.  His father, screenwriter Tonino Guerra, was one of Italy’s greatest screenwriters (he collaborated with such celebrated directors as Federico Fellini, Michaelangelo Antonioni, and Francesco Rossi).  He was a frequent visitor to Moscow during and after the Cold War, helped Russian director Andrei Tarkovsky leave Russia and wrote his film “Nostalghia.”  From childhood Andrea was influenced by Russian music and culture.