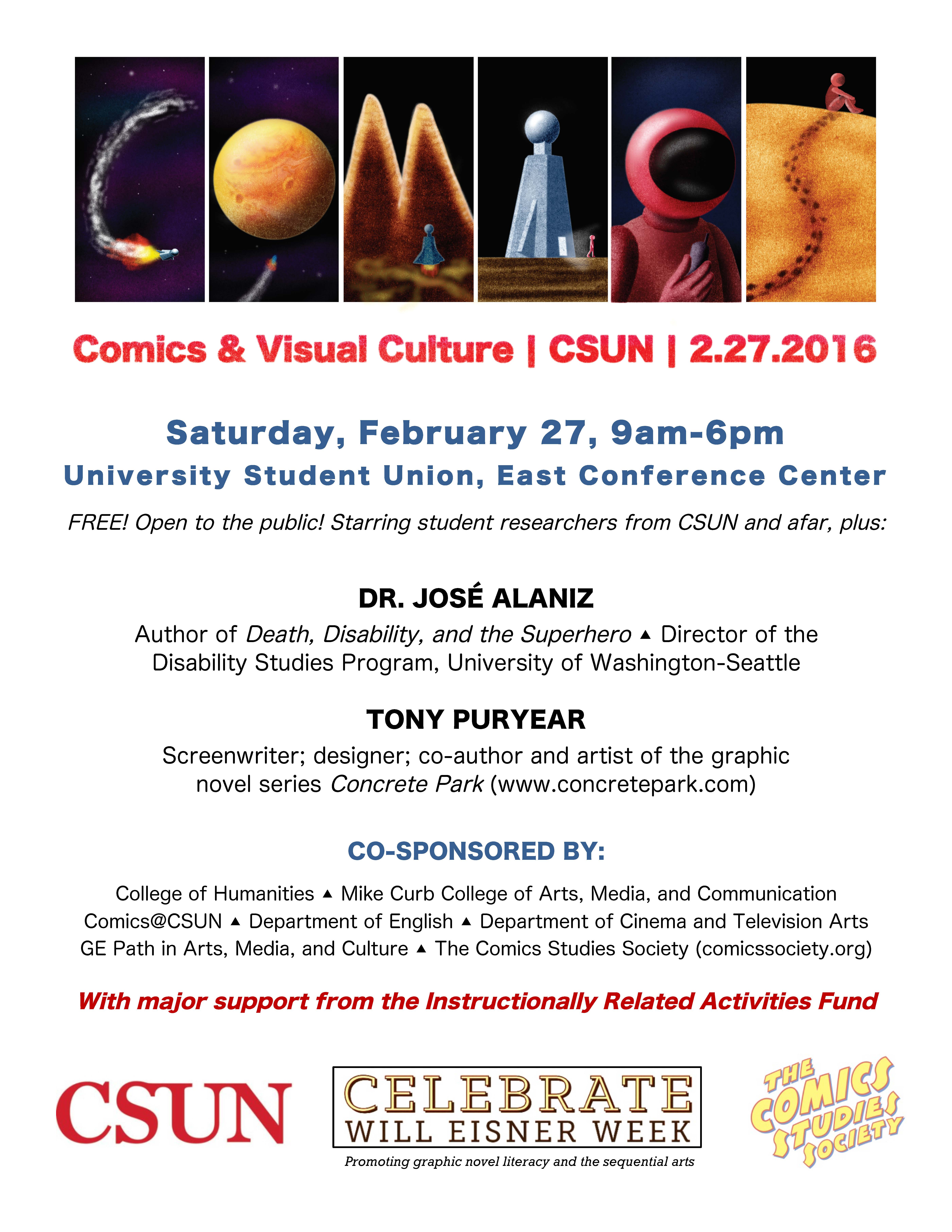 Comics and Visual Culture, an all-day conference, happens at the University Student Union on Saturday, February 27, from 9am to 6pm. This conference is free and open to the public!

The conference is being put on by the Comics@CSUN working group, a partnership of faculty and students across several CSUN departments and programs. It will include some twenty student presenters, many from CSUN but some from as far away as Oregon and New York, and three distinguished guest speakers: Dr. José Alaniz, Director of Disability Studies at UW Seattle and author of the groundbreaking study Death, Disability, and the Superhero; and Erika Alexander and Tony Puryear, co-creators of the acclaimed graphic novel series Concrete Park, a politically charged SF adventure.

Comics and Visual Culture will cover diverse aspects of comics from diverse scholarly angles: superheroes, memoir, and fantasy; mainstream and alternative comics; critical lenses such as trauma theory, critical race theory, and gender theory—a huge range of topics! We expect it to be an interdisciplinary and collegial event, with plenty of opportunities for the sharing of ideas and experience.

Comics and Visual Culture is a satellite event of the newly founded Comics Studies Society, the US's first professional organization devoted to comics scholars and teachers. It is an official kickoff event for Will Eisner Week 2016, sponsored by the Will and Ann Eisner Foundation.