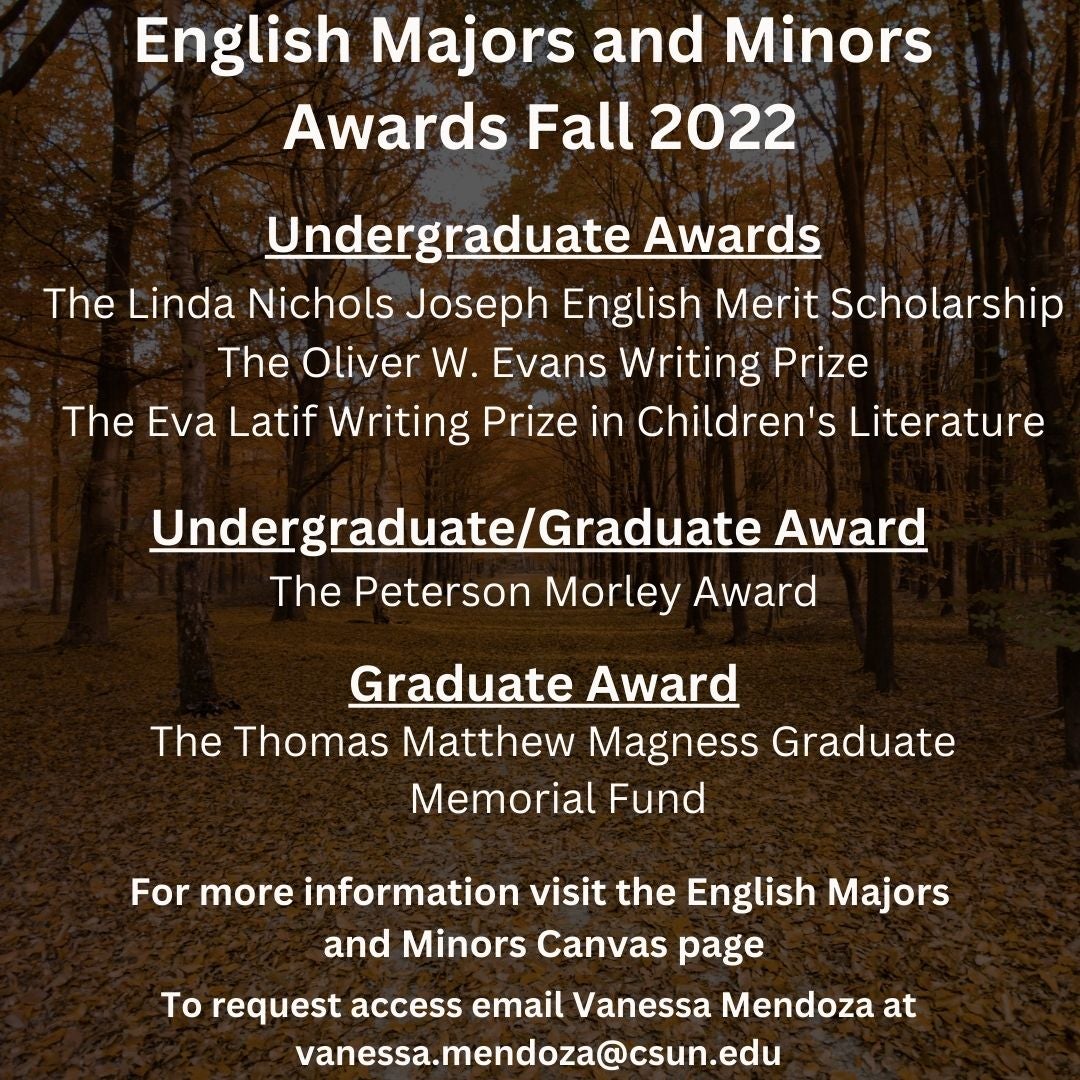 Information on COVID-19 and Resources for Virtual Learning

Opening ceremonies are at 6pm with new rounds of readers and performances every hour. The GRS will take the stage in NoHo Plaza (5211 Lankershim Blvd) from 9-9:45pm with the program “Trump-It! Poetry of Protest in the Age of Donald Trump”. http://litcrawl.org/la/schedule/ Read more

Once again we are celebrating another issue of the Northridge Review—FALL 2015.  I, of course, hope you will all come. AND I hope you will encourage your friends and family to attend, and your professors. There will be snacks—and great entertainment. It is a very inexpensive DATE night, I might add...  Read more

Professor Scott Andrews has been named the faculty recipient of the Don Dorsey Excellence in Mentoring Award for 2008-09. Read more