Hye young Kwon immigrated to Los Angeles when she was fourteen from Seoul Korea. She grew up in what people called a “ghetto” neighborhood in Koreatown and moved to Arcadia—“Chinese Beverly Hills”—and vividly witnessed how school context influences both the racial interaction and education experience of Asian American students. Her research interests, therefore, centers on racial relations, social inequalities, transnationalism, and Korean American experiences.

Her currently project compares the academic achievements of students from “two Asian Americas”, and illuminates the ways that race, class, and immigration status intersected to impact students’ ability to navigate through school resources and gain social capital. She is also working on another project which examines how different racialization patterns of Asians Americans, which simultaneously depict them as “foreigners” and “model minority,” affect second generation Korean Americans’ social behaviors and interactions with other people of color. Based on her experiences living in two Asian Americas, she compares Korean high school students living in a multiethnic enclave (Koreatown) and a suburb (City of Torrance) to demonstrate how socioeconomic class differences and racial interactions, concomitant to where they live and go to school, affect not only their racial attitudes but also their academic achievement.

Before joining the department of Asian American Studies at CSUN, she worked as a legal community advocate at Asian Pacific American Legal Center and as a lecturer for Korean Education Center. The courses she taught at CSUN include introduction to Asian American Studies, Contemporary Issues in Asian American Studies, and Race, Racism, and Critical Thinking. She plans to teach Korean American Experience class where she explores not only early and current Korean American community development patterns but also their migration process and interconnected social experiences, which are directly associated with global economy, imperialism, U.S. military interventions, and whiteness in and outside of the Untied States. 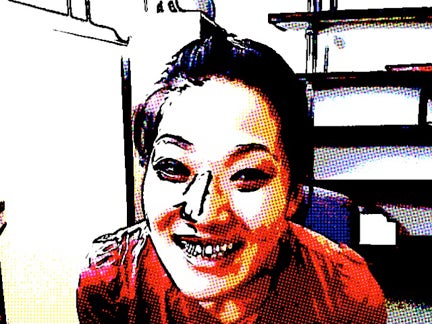