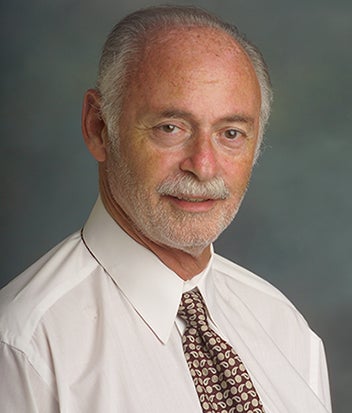 It is with sadness that the Department of Health Sciences at California State University, Northridge, announces that Jerome Seliger, PhD, Faculty Emeritus, passed away on January 3, 2021.

Dr. Seliger served on the faculty of Health Administration and Public Health at CSUN from 1976 to 2012. He was a mentor to many, including a student who today is the department chair, Dr. Salvador Esparza.  Dr. Seliger was proud of the students he taught and the many health administration graduates who now serve the greater Los Angeles community.

During his career he provided technical assistance to health and human services organizations nation-wide and founded Bienvenidos Children's Center of Altadena, California in 1985 and the Community Campus for Health and Education, San Fernando, California in 2001. Jerry also served as an officer and board member of the Prostate Cancer Research Institute of Southern California from 1998 to the present. For more than 25 years Dr. Seliger tirelessly--and successfully--worked to gain freedom for a childhood friend who had been unjustly sentenced.

Jerry was the son of the late Julius and Gertrude Seliger. His parents were German-Jewish refugees who escaped from Germany and the impending holocaust in 1940. Jerry was born in Minneapolis, Minnesota in 1943. He graduated from North High School in 1960 and the University of Minnesota in 1964. He later attended Southern Illinois University graduating in 1967. After moving to Los Angeles in 1967 he attended the University of Southern California where he earned his doctorate in 1974. Jerry is survived by his son, Shawn Seliger, of Naples, Florida; his brother, Isaac Seliger, of Scottsdale, AZ, as well as the living memory of his brother Harvey Seliger who passed away in 1979; nieces Rachel Seliger, and Melissa Seliger; nephews, Sam Seliger and Jake Seliger; former spouse, Davida Seliger. His first former spouse, Carol Grant, passed away several years ago.

A funeral service was held on January 13, 2021 in the town of Crystal, Minnesota.

Donations can be made in Jerry's memory to:

The Health Administration Program in the Department of Health Sciences at CSUN.