For many, the Economics major provides a useful background for a business career, while for others the major is preparation for graduate study in law, economics or public policy. Economics is relevant for students interested in employment in politics, public policy analysis, the financial services sector (banking, insurance), as industry analysts (health care, entertainment, energy), consumer affairs, international affairs, teaching and research, law, business consulting, government work and journalism. Salaries earned by economics majors nationwide are highly competitive. Employers rank economics as one of the most desirable majors.

The Career Education and Professional Development Center in the Nazarian College hosts Information Sessions, Networking Events, and Career Fairs to help you land an internship and your dream job!

Senator Feinstein's Los Angeles office is looking for highly motivated college students for the winter 2022 internship term. To be considered for an internship position, please submit your completed application to Naomi Song by Friday, December 3, 1:00 pm PST. The winter internship session will start on January 10, 2022 and conclude on March 25, 2022. There will be a one day internship orientation during the week of January 3, 2022; the date is to be determined.

About Senator Dianne Feinstein: As California’s senior Senator, Dianne Feinstein has built a reputation as an independent voice, working hard to find commonsense solutions to problems facing California and the nation.

Since her election to the Senate in 1992, Senator Feinstein has built a significant record of legislative achievement across a wide range of issues.

She led a bipartisan group of senators in passing legislation to drastically increase the fuel efficiency of cars. She’s a champion for the preservation of the Mojave Desert, Lake Tahoe and California's forests. She helped create the nationwide AMBER Alert network, passed bills to criminalize border drug tunnels, succeeded in passing a major bill to help California cope with severe drought and continues to advocate for commonsense gun laws.

She authored the first major cybersecurity bill to be signed into law in years. She’s an aggressive opponent of sex trafficking and authored legislation to help prevent sex abuse of amateur athletes. She’s an advocate for consumers, authoring bills to review ingredients in personal care products, ban chemicals in toys, crack down on rogue pharmacies and strengthen food safety.

One of her most notable achievements was leading the six-year review of the CIA’s detention and interrogation program. This effort culminated in the 2014 release of the report’s executive summary and passage of legislation banning the use of torture.

Senator Feinstein was also the first woman to chair the Senate Select Committee on Intelligence—a position she held for six years beginning in 2009. During her tenure as chairman, Senator Feinstein oversaw the passage of six consecutive intelligence authorization bills and the release of a key bipartisan report on the Benghazi attacks. She remains on the committee today.

Senator Feinstein is also a senior member of the Senate Appropriations Committee, where she serves as chairman on the Subcommittee on Energy and Water Development. In that role, she has secured billions of dollars for California communities, including critical transportation, water supply and federal building projects.

And she continues to serve on the Senate Rules and Administration Committee, which she chaired during the 110th Congress. In that capacity, Senator Feinstein was the first woman to chair the Joint Congressional Committee on Inaugural Ceremonies and presided over the inauguration of President Barack Obama in 2009.

And she continues to serve on the Senate Rules and Administration Committee, which she chaired during the 110th Congress. In that capacity, Senator Feinstein was the first woman to chair the Joint Congressional Committee on Inaugural Ceremonies and presided over the inauguration of President Barack Obama in 2009.

Tasks and Responsibilities:  Interns support the Senator and her Field Staff in drafting memos, scheduling or attending meetings, constituent letters, conducting background research, phone calls, document requests, morning press clippings, research projects, and attending events with the Senator when she is in the region.

Criteria:  For many citizens, contact with Senator Feinstein's office is their only experience with an elected representative. Therefore, we need professional and friendly students with a familiarity with the American political system and current events. Additionally, strong writing and communication skills are a must.

Commitment:  Flexible hours (12-16 hours/wk) during the internship session. They are very conducive to working with students' class schedules.

Application Process: Please send a cover letter, one-page resume, 3 academic/professional references (with contact information), an outline of your availability for the winter session, one-page writing sample of your choice, unofficial transcripts, and the intern application to naomi_song@feinstein.senate.gov by Friday, December 3, 2022 1:00 pm PST.

Additional information can be found by accessing the links below:

The SEC is looking for the next generation of leaders to join their team! Positions are located in the SEC’s Washington, DC headquarters and in 11 regional offices in the United States. Learn more about SEC's outstanding compensation and benefits program.

If you have any questions about the role or the application process please contact the HR Specialist listed in the job announcement.

The SEC Pathways Internship Program targets students accepted for enrollment or enrolled and seeking a degree or certificate at an accredited educational institution. The program provides students with paid internship opportunities to explore Federal careers while in school. Students receive training to help them advance in their internship as well as work experience that augments their education. Students who successfully complete the program may obtain a permanent job in the Federal Government.

Additional information can be found by accessing the links below:

Using LinkedIn to Find a Job or Internship (.pdf)

How to Network on LinkedIn (.pdf)

Tailoring Your LinkedIn Profile to Your Goals (.pdf)

How to Communicate Effectively on LinkedIn (.pdf) 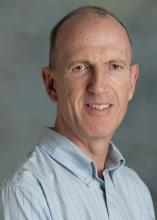