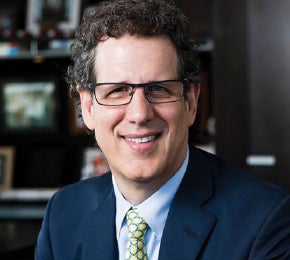 Disruption and the Arts: Traversing a Career in an Ever-Changing Environment

The Mike Curb College of Arts, Media, and Communication together with The Valley Performing Arts Center present CSUN alumnus, Jim Berk, as the final speaker in this year’s Commerce of Creativity Distinguished Speakers Series.

Most recently, Jim Berk served as the Chief Executive Officer of Participant Media, a multi Academy Award-winning global entertainment company involved in the production of more than 65 films including, An Inconvenient Truth, Waiting For “Superman”, The Help, Contagion, CitizenFour, and Lincoln.

Prior to his tenure with Participant Media, Berk was the founding executive of the National Academy of Recording Arts & Sciences Foundation and was President and CEO of Hard Rock Café, International.

Currently, Berk serves on the board of the USC Rossier School of Education and is Chairman of the Board at the UCLA School of Theater, Film and Television.

All students, faculty, and staff are invited to attend.
Seating is limited; RSVP to Jennifer Badasci by April 29th at Jennifer.badasci@csun.edu